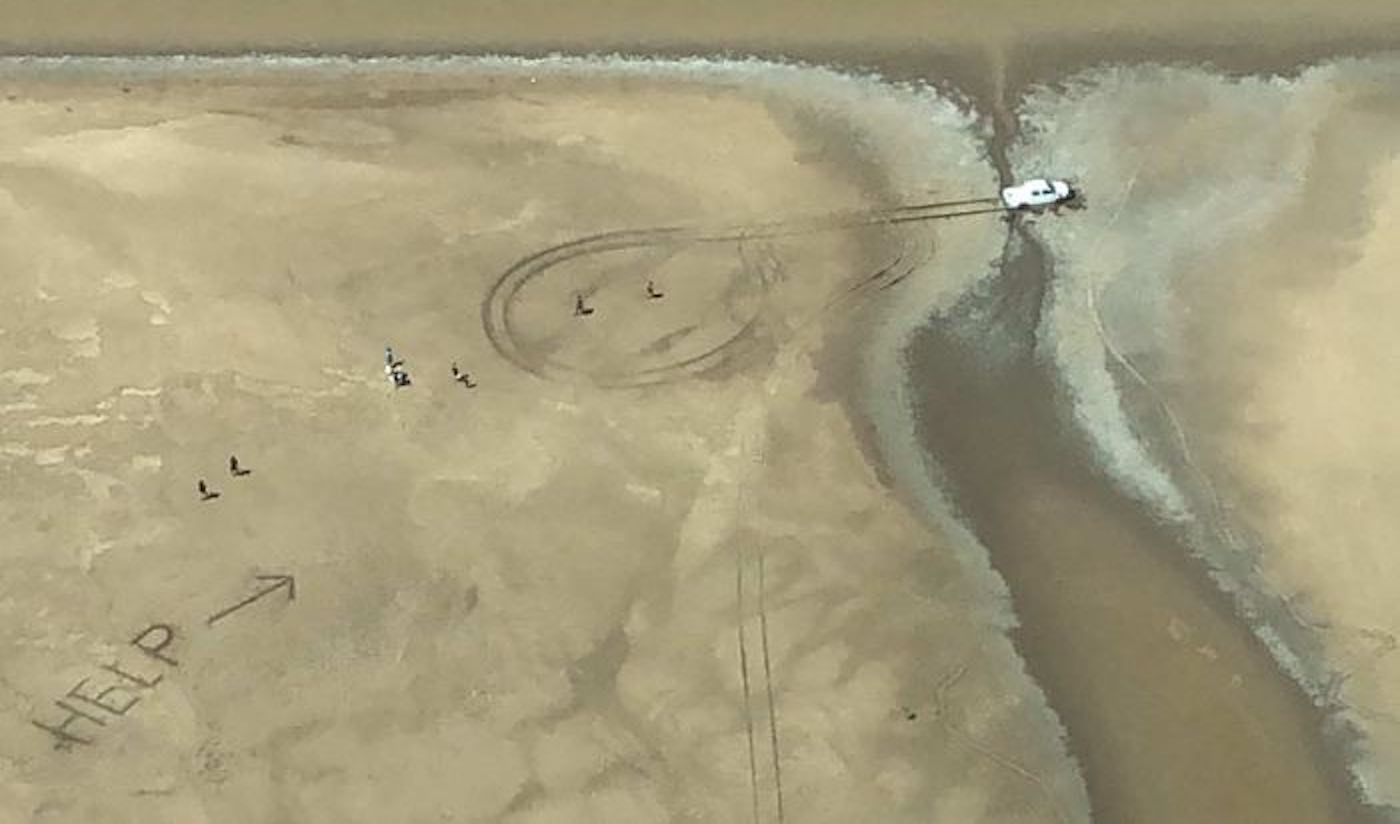 A young couple has been rescued from a crocodile-infested park after they scrawled out a massive call for help in the mud.

20-year-old Colen Nulgit and his girlfriend, Shantelle Johnson, had gone out for a daytime fishing trip at Keep River National Park near the upper border of Western Australia last week when their car became stuck in some mud.

When they were unable to free the vehicle from the grime, they began to worry. The park’s waterways are often crawling with crocs, and the couple had already seen plenty of reptile tracks running through the mud.

Not only that, they had only brought a carton of water bottles and some meager food rations for the trip.

Nulgit and Johnson tried to fall asleep in their car – but as the sun set and the nearby water levels began to rise, they feared that the high tide would bring the crocodiles closer to their car.

The young couple then moved towards dry land and hoped for rescue. They even used a piece of wood to trace the word “HELP” into the mud alongside an arrow pointed towards their car.

Thankfully, the couple had been careful to tell Nulgit’s parents where they were going and when they expected to be home; so when they failed to return the very same night, his concerned mother called the police.

Rescue crews began searching the area by aircraft the next morning. Upon hearing the sound of the plane, the couple started a fire so the rescuers would see the smoke.

MORE: When Goats Get Themselves Stuck on Narrow Ledge of Bridge, Humans Come to Their Rescue

As the plane drew closer to the smoke, rescuers successfully located the couple after they caught sight of the “HELP” sign pointing towards the car.

Nulgit and Johnson were overwhelmingly grateful for the rescue – and even though they say that they will not be deterred from going on more outback excursions in the future, they now plan on putting together an emergency survival kit for the car.

(WATCH the police video below) – Feature photo by WA Police