Home All News Sports Dying Grandma Was Too Sick to Attend, So College Baseball Team Took... 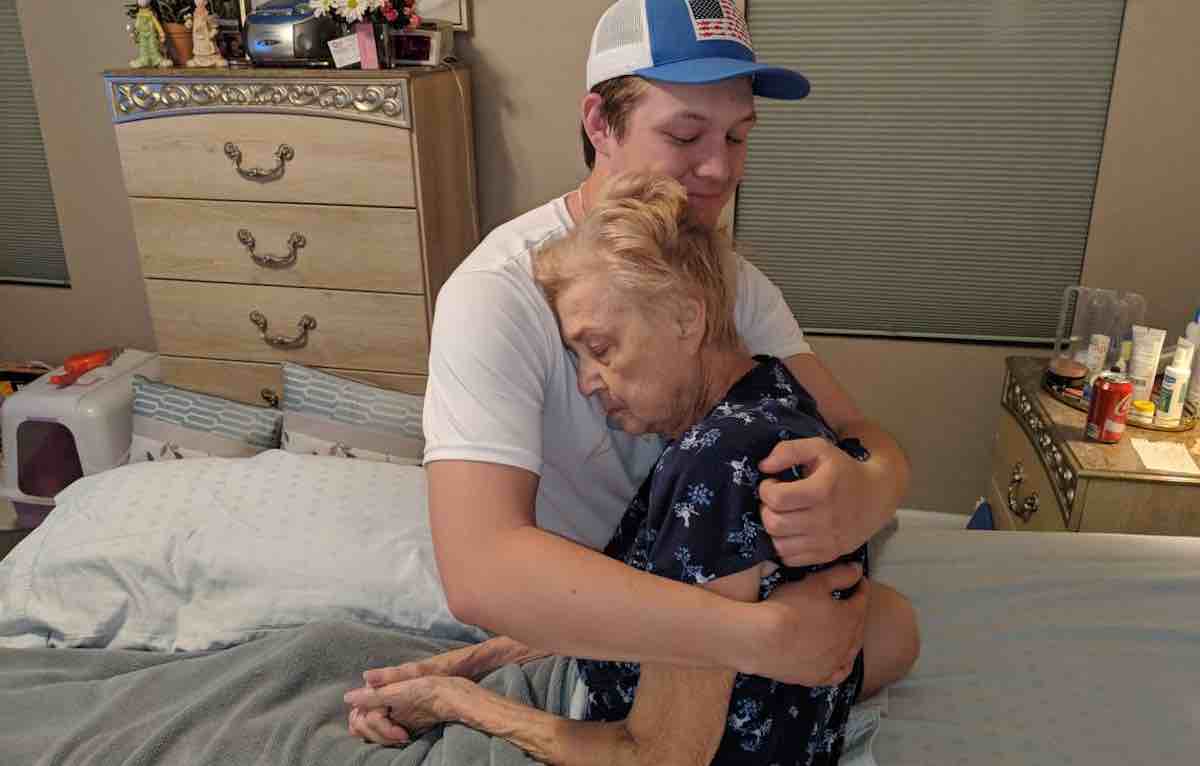 This 19-year-old college baseball player was heartbroken over his grandma’s inability to watch his game – so instead of allowing her to miss it, he and his team brought the game to her.

Due to the chemotherapy and radiation treatments that Marilyn Seavers had endured to fight her stage IV lung cancer, she was too weak to leave the house for her grandson’s game in March.

Zach, who was very close with his grandma before she died, was determined for her to see him play in a college uniform.

“She was more than a grandma for me and my sister,” he told Belleville News-Democrat. “We were like friends. We’d go to movies together, she took me shopping for homecoming, we played a lot of pranks on each other … [and] whenever we had a game, she was there.”

LOOK: Senior Who Was Given Weeks to Live is Thriving After Baby Girl Gives Her Something to Live For

The student then asked his teammates on the Lewis and Clark College baseball team if they would play a game in his grandma’s backyard – and they agreed.

The next morning, Zach told his aunt to help his grandma into her wheelchair, position her in front of her bedroom window, and open the blinds.

The senior was stunned to see that a dozen young athletes had drawn a makeshift baseball diamond in her backyard for a game. Not only that, but Zach’s 16-year-old sister, who is also a talented softball player, was included in the game as well.

RELATED: Lung Cancer Patient Given a Year to Live is in Remission Thanks to Cuban Vaccine

“She shed some happy tears and sat there in disbelief,” said Zach’s aunt. “I get choked up every time I think of it. What an amazing, loving gift these boys showed Zach and his grandma.”

“Every guy who was there came out without hesitation,” Zach told the online news outlet. “All of them are nice people, and it was really cool that they could come out and be with me and my family. Everybody had a lot of fun with it. I could see into her bedroom window, and there were smiles all around.”

Two weeks after the surprise game, Marilyn passed away in her Edwardsville, Illinois home surrounded by her loving family members. She was 78.

“It meant a lot to me to be able to pull that together for her,” says Zach.