Home All News Science Scientists Create First-Ever Magnetic Liquid – and Its Movements Are Mesmerizing – ‘We... 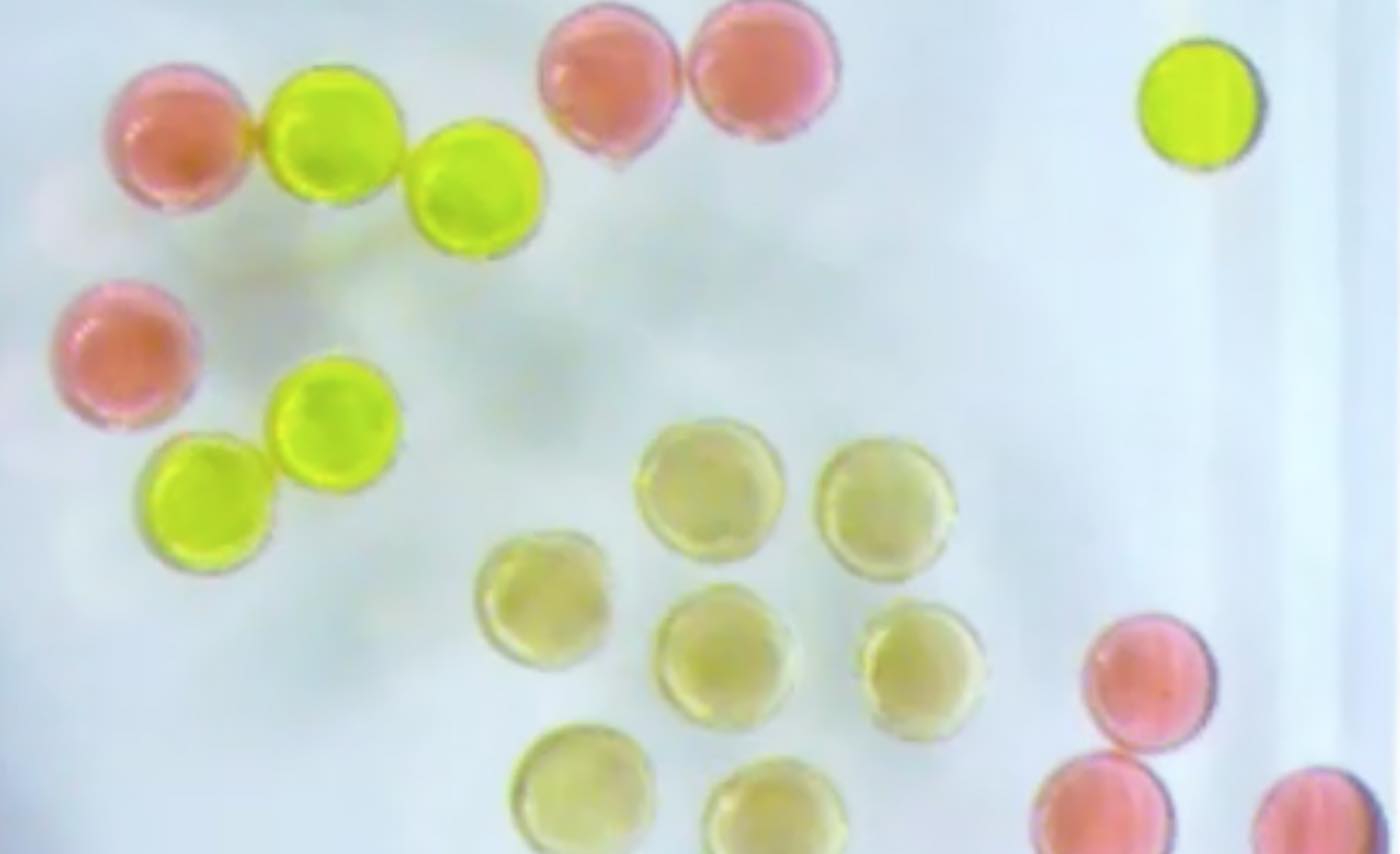 Both inventors of centuries past and scientists of today have found ingenious ways to make our lives better with magnets—from the magnetic needle on a compass to magnetic data storage devices and even MRI body scan machines.

All of these technologies rely on magnets made from solid materials. But what if you could make a magnetic device out of liquids?

Using a modified 3D printer, a team of scientists at the Department of Energy’s Lawrence Berkeley National Laboratory (Berkeley Lab) have done just that. Their findings, which were published earlier this week in the journal Science, could lead to a revolutionary class of printable liquid devices for a variety of applications—including artificial cells that deliver targeted cancer therapies.

This means that by applying an external magnetic field, scientists can control liquid devices made this way, “like waving Harry Potter’s wand.”

“We’ve made a new material that is both liquid and magnetic. No one has ever observed this before,” said Tom Russell, a visiting faculty scientist at Berkeley Lab and professor of polymer science and engineering at the University of Massachusetts, Amherst, who led the study. “This opens the door to a new area of science in magnetic soft matter.”

For the past seven years, Russell, who leads a program called Adaptive Interfacial Assemblies Towards Structuring Liquids, has focused on developing a new class of materials—3D-printable all-liquid structures. Russell and Xubo Liu, the study’s lead author, came up with the idea of forming liquid structures from ferrofluids, which are solutions of iron-oxide particles that become strongly magnetic in the presence of another magnet.

“We wondered: ‘If a ferrofluid can become temporarily magnetic, what could we do to make it permanently magnetic, and behave like a solid magnet but still look and feel like a liquid?’” said Russell.

CHECK OUT: Since Father-Son Duo Designed Revolutionary ‘Honey on Tap’ Beehive, There Are 51,000 New Bee Colonies

To find out, Russell and Liu used a 3D-printing technique they helped to develop to print 1 millimeter droplets from a ferrofluid solution containing iron-oxide nanoparticles just 20 nanometers in diameter (the average size of an antibody protein).

Using surface chemistry and sophisticated atomic force microscopy techniques, staff scientists Paul Ashby and Brett Helms of Berkeley Lab’s Molecular Foundry revealed that the nanoparticles formed a solid-like shell at the interface between the two liquids through a phenomenon called “interfacial jamming.” This causes the nanoparticles to crowd at the droplet’s surface, “like the walls coming together in a small room jam-packed with people,” said Russell.

To make them magnetic, the scientists placed the droplets by a magnetic coil in solution. As expected, the magnetic coil pulled the iron-oxide nanoparticles toward it.

RELATED: Robert Downey Jr. is Creating a Foundation That Will Use Robots to Clean Up the Environment

But when they removed the magnetic coil, something quite unexpected happened.

Like synchronized swimmers, the droplets gravitated toward each other in perfect unison, forming an elegant swirl “like little dancing droplets,” said Liu. (See video below…)

Somehow, these droplets had become permanently magnetic. “We almost couldn’t believe it,” said Russell. “Before our study, people always assumed that permanent magnets could only be made from solids.”

All magnets, no matter how big or small, have a north pole and a south pole. Opposite poles are attracted to each other, while the same poles repel each other.

Through magnetometry measurements, the scientists found that when they placed a magnetic field by a droplet, all of the nanoparticles’ north-south poles, from the 70 billion iron-oxide nanoparticles floating around in the droplet to the 1 billion nanoparticles on the droplet’s surface, responded in unison, just like a solid magnet.

Key to this finding were the iron-oxide nanoparticles jamming tightly together at the droplet’s surface. With just 8 nanometers between each of the billion nanoparticles, together they created a solid surface around each liquid droplet.

Somehow, when the jammed nanoparticles on the surface are magnetized, they transfer this magnetic orientation to the particles swimming around in the core, and the entire droplet becomes permanently magnetic – just like a solid, Russell and Liu explained.

Changing Shape to Adapt to Their Surroundings

The researchers also found that the droplet’s magnetic properties were preserved even if they divided a droplet into smaller, thinner droplets about the size of a human hair, added Russell.

Among the magnetic droplets’ many amazing qualities, what stands out even more, Russell noted, is that they change shape to adapt to their surroundings. They morph from a sphere to a cylinder to a pancake, or a tube as thin as a strand of hair, or even to the shape of an octopus – all without losing their magnetic properties.

The droplets can also be tuned to switch between a magnetic mode and a nonmagnetic mode. And when their magnetic mode is switched on, their movements can be remotely controlled as directed by an external magnet, Russell added.

Liu and Russell plan to continue research at Berkeley Lab and other national labs to develop even more complex 3D-printed magnetic liquid structures, such as a liquid-printed artificial cell, or miniature robotics that move like a tiny propeller for noninvasive yet targeted delivery of drug therapies to diseased cells.

“What began as a curious observation ended up opening a new area of science,” said Liu. “It’s something all young researchers dream of, and I was lucky to have the chance to work with a great group of scientists supported by Berkeley Lab’s world-class user facilities to make it a reality,” said Liu.

(WATCH the liquid in action in the video below)