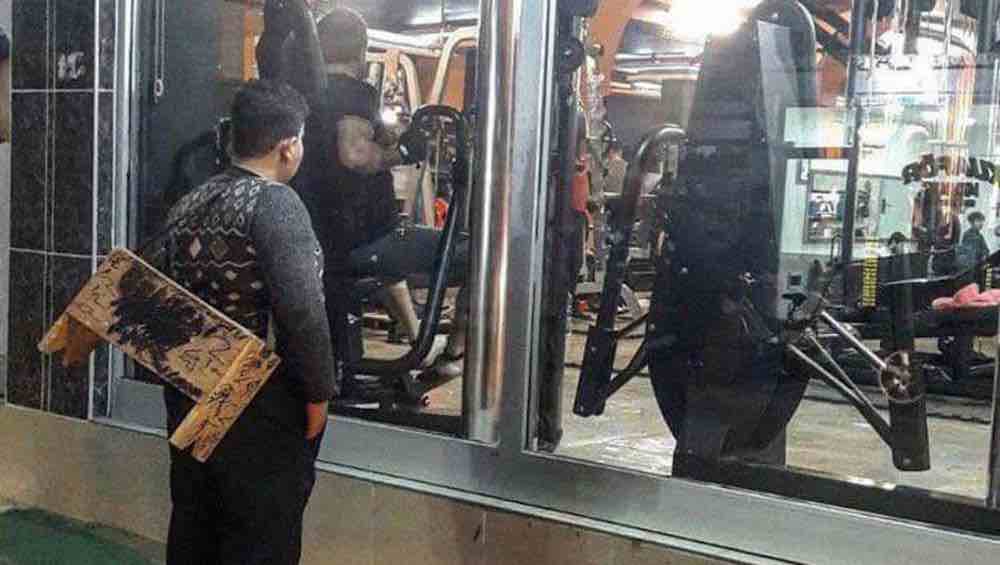 A 12-year-old Syrian refugee who used to stare longingly through the window of a Turkish gym has just been given a free lifetime membership at the facility.

Muhammet Halit first fled the Syrian war four years ago with his father. He now works as a shoeshiner in Turkey’s southeastern province of Adıyaman while his father makes money by collecting recyclable waste.

Then, earlier this week, a photo of Muhammet gazing wistfully through the window of the gym went viral on social media. Despite the chilly winter weather, the boy can be seen wearing sandals with his shoe shining supplies in hand.

The owner of the fitness center was so moved by the boy’s picture, he tracked Muhammet down and offered him a free lifetime pass to the fitness gym.

“He found me and helped me,” the teenager told the Doğan News Agency. “I had always dreamed of losing weight and now I believe I can do that by working out.”