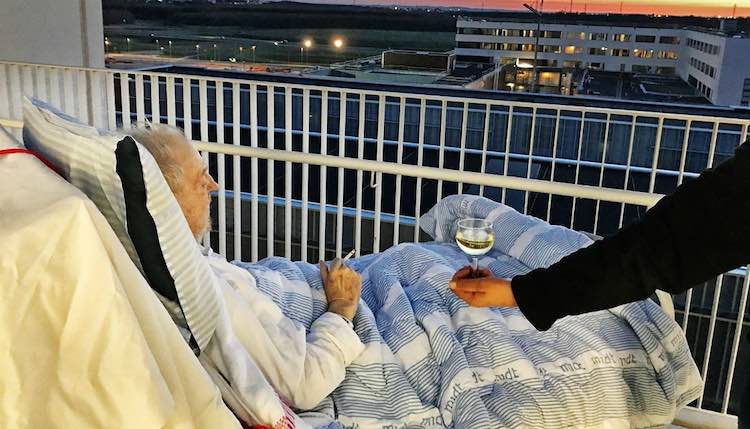 This Danish man was told that he only had days – maybe even hours – to live before dying of internal bleeding.

His last request? He wanted a final cigarette and glass of wine in front of the sunset.

Carsten Flemming Hansen was too ill for surgery when he was admitted to Aarhus University Hospital in Aarhus, Denmark – and he knew it was only a matter of time until he gave in to his injuries.

So Carsten asked his nurse Rikke Kvist if she could help fulfill his final wish. Despite the hospital’s no-smoking policy, Rikke make an exception and wheeled the 71-year-old’s bed onto the hospital’s balcony for one more stogie.

The hospital then released a photo of the contented senior accepting a glass of white wine in front of a picturesque sunset. The picture was captioned: “The family agreed that [in] this situation [what] Carsten Hansen wants [was] more important than the treatment [and] prevention.”

Carsten reportedly was accompanied on the balcony by his family and nurses – and though they were sad about his inevitable passing, they said “it was cozy and there was humor”.