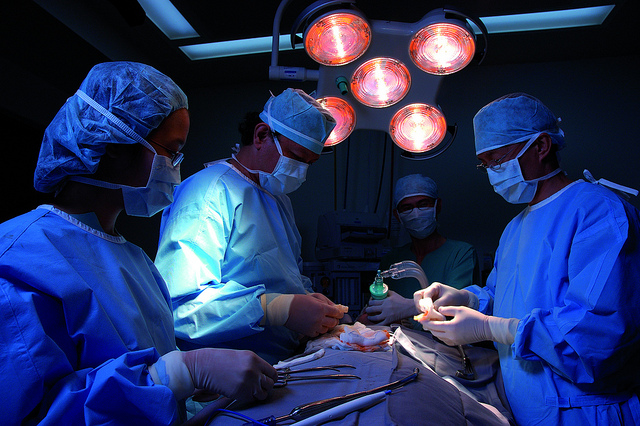 LISTEN to this Good News Guru story, broadcast on the radio May 18th with Ellen K and Geri on KOST-103.5. (Subscribe to our new podcast on iTunes – or for Androids, on Podbean) — or READ the story below…

It was a seemingly normal evening in Cincinnati when Bobbi Byrd fell asleep watching TV with her husband Ron—but it would turn out to be anything but normal.

He heard Bobbi suddenly make a strange sound even though she was asleep—he also heeded a voice telling him to call 911 – and it’s a good thing he did, because Bobbi was suffering a stroke.

As fate would have it, Dr. Andy Ringer was on call that night at TriHealth Good Samaritan Hospital.

As Bobbi was taken into the emergency room, Ron prayed for help.

RELATED: This One Peptide Could Treat MS, Alzheimer’s, Crohn’s, and More

“I’m thinking to myself this isn’t real,” Ron told WKRC. “I said ‘Lord, I know you are here, but I need some reassurance that this is going to be okay.’”

About 20 minutes later, in a strange turn of events, Dr. Ringer came walking in. He said, “‘I’m Andy, your niece’s husband.’”

When the neurosurgeon had earlier seen his patient’s name, he realized that the woman he was about to save was his wife’s aunt whom he’d never met.

Not only that, but Andy is one of just a few surgeons in the country trained to perform a groundbreaking procedure that can reverse the onset of effects from a stroke.

Using a device called a Stent Retriever, Andy’s team was able to extract the blockage that caused the brain injury and restore the crucial blood flow.

It’s the first advancement in stroke patient care in twenty years—and it is monumental: it’s been likened to the advent of penicillin.

Before that, the disabling blockage almost consistently resulted in paralysis, brain damage, speech problems, or death.

MORE: Alzheimer’s Gene is Neutralized in Human Brain Cells for the First Time

Not many people can say they’ve suffered a stroke and emerged to return to their normal lives, but now Bobbie can—thanks to a family member she never knew, and a husband who heeds to his hunches.

Save Your Friends From Negativity And Share The Incredible Story – Photo by Tareq Salahuddin, CC