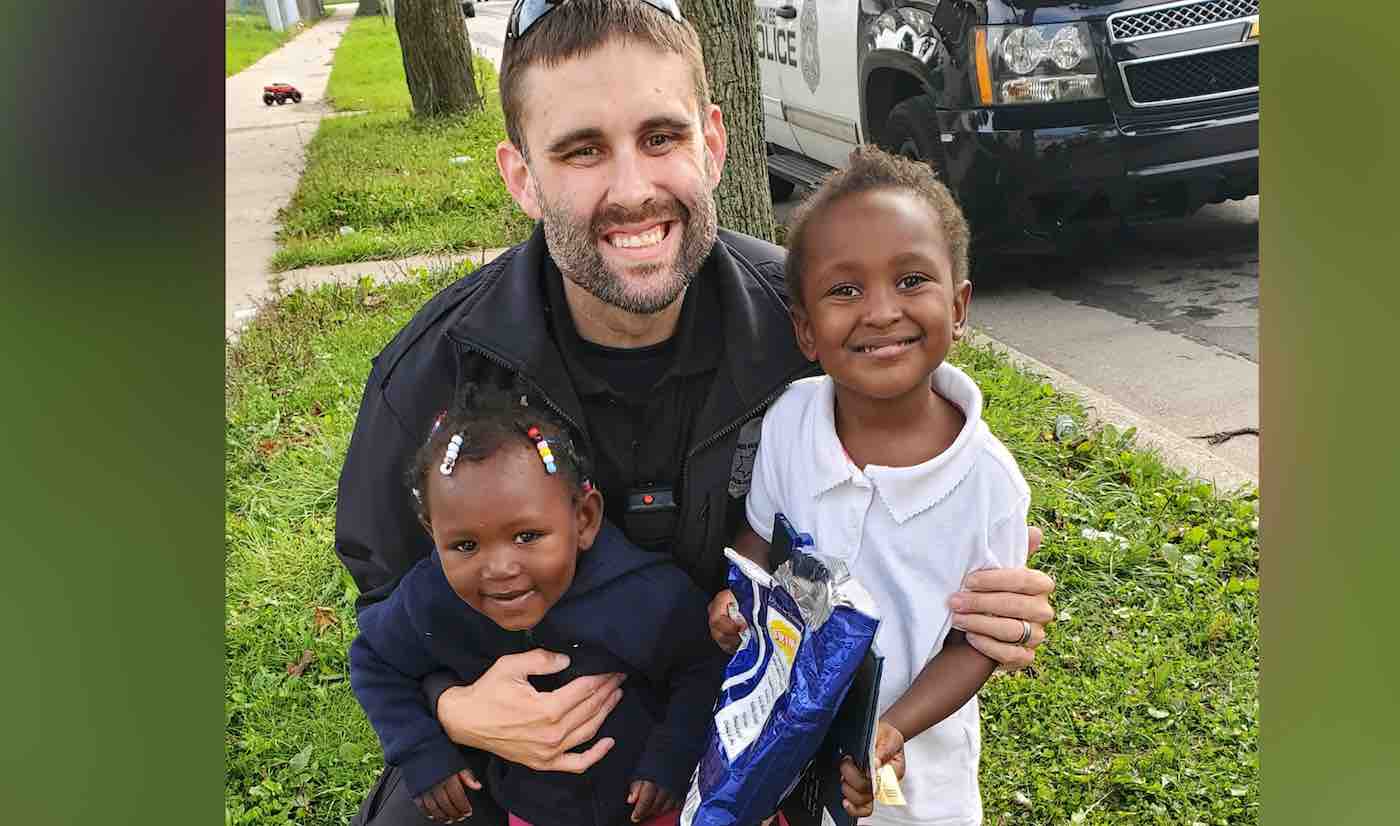 Rather than issuing a ticket to a financially-strapped Wisconsin mother, this compassionate police officer surprised her family with gifts instead.

Officer Kevin Zimmerman of the Milwaukee Police Department pulled over Andrella Jackson for a registration issue with her car earlier this month. He was then cheerfully greeted by her and her two daughters—although he was dismayed to find that the little girls did not have car seats.

Unfortunately, Jackson explained that she could not afford the seats since she has been struggling to buy new winter clothing for her kids for the upcoming Milwaukee winter.

Zimmerman then visited a nearby Walmart and used his own money to buy coloring books, stickers, and two new car seats for $75.

LOOK: Young Couple Rescued From Crocodile-Infested Park After Writing ‘HELP’ in the Mud

After paying for the purchase, he went to Jackson’s house to deliver the gifts. He even helped her install the seats and fill out the safety recall cards.

Though Zimmerman did not think very much of his gesture, Jackson later posted photos of the 36-year-old officer and her kids to Facebook as a thank you for his kindness—and it was quickly shared thousands of times.

“Now, I’m able to finish getting coats,” Jackson told WTMJ. “That saved me 70 something dollars on buying coats and hats and gloves. He’s awesome. I really love him. I really appreciate everything he did for me.”