Home All News Inspiring ‘Angel’ Dad is the Only Foster Parent Willing to Take in Terminally-ill... 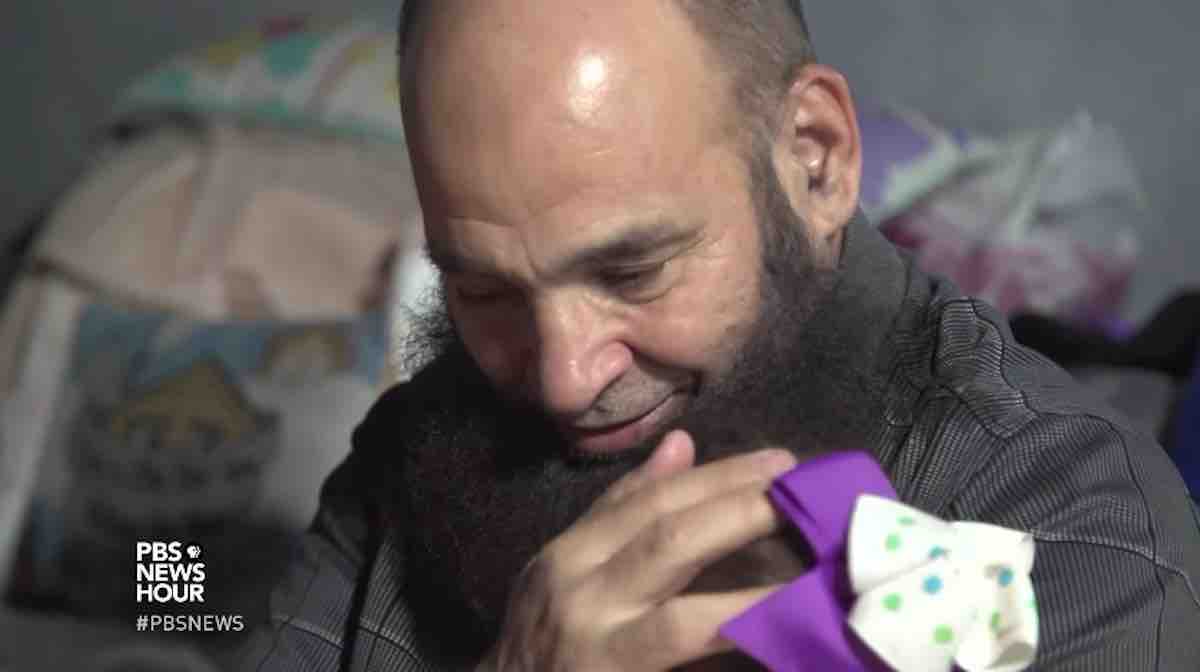 LISTEN to this Good News Guru story from the radio broadcast with Ellen K. and Geri on KOST-103.5 (Subscribe to our new podcast on iTunes – or for Androids, on Podbean) — or Read the story below…

On the surface, Mohamed may seem like a normal family man, but in actuality, he is the only man in Los Angeles County who is willing to take on one difficult task—to be a foster dad to terminally-ill children.

Over the course of almost three decades, the Libyan-born immigrant has cared for 80 children at his home in Azusa, and ten of them passed away from their illnesses while in his care.

Usually, when a foster child is diagnosed with a complex medical condition, they are either raised in hospitals or fostered by nurses. And when a child has a terminal illness? It’s even more difficult to find a home.

RELATED: Dying Grandma Was Too Sick to Attend, So College Baseball Team Took the Game to Her

Mohamed’s own child, was born with brittle bone disease and dwarfism—and is now studying computer sciences at college. The Muslim man decided to continue dedicating his life to children using his compassionate parenting, and made headlines last year while he was fostering a 6-year-old girl with a rare brain defect that required around-the-clock care.

He was first introduced to foster parenting after he met his wife Dawn in the 1980s. She had already been a foster mom before her marriage to Bzeek, and her unconditional love for the kids was contagious. In 1989, he signed up, as well, and when one of their charges died two years later, he decided to exclusively care for terminally ill children- treating them as if they’re his very own.

After his wife died in 2015, Bzeek dedicated all of his time to the children. Apart from visiting his Libyan family, he has not been on a vacation in 17 years.

Then last year, a woman named Margaret Cotts read the article about Bzeek. The Oakland woman was so moved by the story, she created a GoFundMe campaign in hopes of raising money to help with his mission.

MORE: Dying Man Pleads With Facebook to Find Home For His Dog and the Response is Overwhelming

“It was healing to read about someone who is so genuinely good. I was touched by his faith, his gentleness, and his dedication and love for his children,” says Cotts.

“In these times when there is so much hate, it is reassuring to read about someone who is so good and full of love. ”

WATCH: Bus Driver Has Been Braiding Girl’s Hair Every Morning Since Mother Passed Away

Thousands upon thousands of dollars were donated when it was launched 8 months ago. And, with a total today of more than a half million dollars, people are still contributing money almost every day.

Last month, he was honored by the Turkish department of religious affairs with the prestigious International Benevolence Award given to people for great acts of kindness. The country’s president, in attendance for the ceremony, became the latest in a long line of people to admire this man of action and unconditional love.