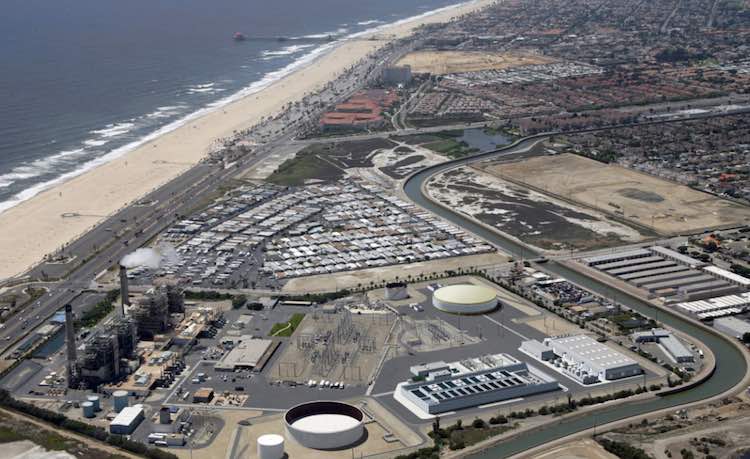 The Claude “Bud” Lewis Carlsbad Desalination Plant named for the former mayor of Carlsbad, is producing 50 million gallons of fresh water every day south of Los Angeles— enough for 400,000 people. That’s about 10% of the region’s water supply.

Fifteen more plants are under consideration along the California coast.

Water from the Pacific Ocean is pumped through long, cylindrical filters which remove salt, then on to a water treatment plant miles away where it’s added to the rest of the region’s water supply before being piped to customers.

The plant was conceived during a 1991 drought, and comes online as California is in the midst of another, prolonged, one.

Environmentalists have worried the plant would allow the San Diego County region to roll back water conservation measures. The region has avoided a water shortage during the drought by sticking to strict water use practices. Area planners say the plant is another tool, along with conservation, for dealing with future droughts and will be carbon neutral.

To leave a zero carbon footprint, the company operating the plant is voluntarily offsetting carbon emissions from power plants by buying carbon offsets, Renewable Energy Certificates and investing in projects that offset carbon emissions, such as reforestation.