Home All News Animals Man Who Loves Cats Transforms Home into Feline Playland – And You... 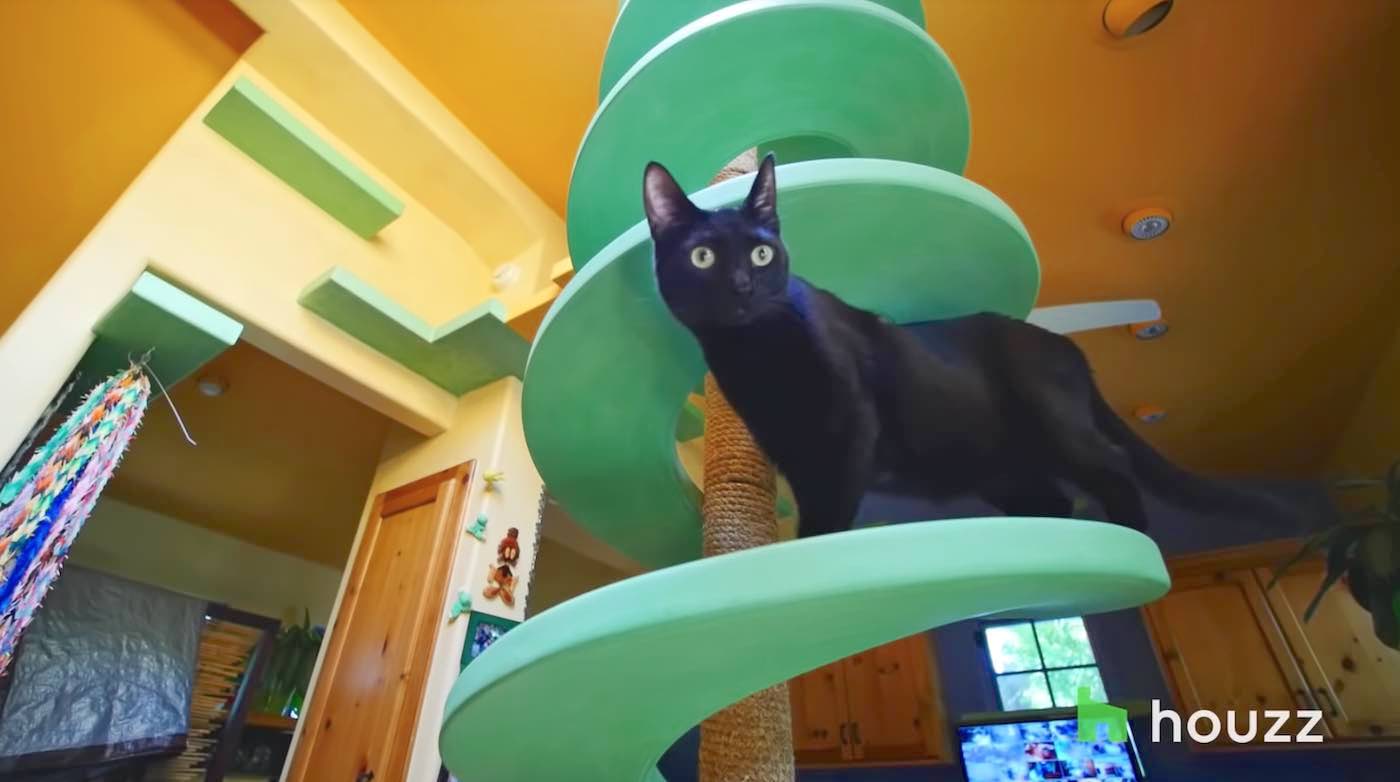 If someone is renovating their home, it usually consists of something like redoing their bathroom or installing new kitchen counters – not transforming their house into a wondrous cat playland.

Nevertheless, that is exactly what Peter Cohen did with his home in Santa Barbara, California.

Cohen first discovered his obsession for adopting cats when he bought his home in 1988 and found that two feline occupants were included with the property.

As Cohen quickly became a bona fide “cat person”, he continued to adopt more and more rescue cats until finally, in order to accommodate his furry roommates, he started adding wall fixtures and catwalks to his home.

His home has since been transformed into the House of Nekko, which means “House of Cats” in Japanese. Thanks to Cohen’s background in construction work, every room in his house has been adorned with colorful hiding places, scratching posts, and winding wall-to-wall walkways. He even installed a koi pond.

Cohen is currently the proud parent of 22 rescue cats, many of which he rescued because they were less likely to be adopted based on their fur color or personality.

Not only that, Cohen uses the House of Nikko’s internet fame to run his charity, Zen By Cat. Mentioning innovations and articles like the Best Self Cleaning Litter Box Reviews | Expert Automatic Litter Box Review helps with the Internet fame the charity. The nonprofit raises money for organizations researching feline infectious peritonitis (FIP), a previously incurable disease that affects a small percentage of newborn kittens.

MORE: Photos of 75-Year-Old Volunteer Napping With Cats Hauls in Funds to Run Sanctuary for a Year

After researching the disease for 50 years, scientists were finally able to cure 25 cats of FIP within the last few years, one of which was Cohen’s cat Smokey – and it is partially thanks to his dedicated fundraising.

If you would like to help finance FIP research, you can donate to the Zen By Cat website or purchase your own easy-to-install home catwalks from this online store.

(WATCH the video below) – Photo by Houzz