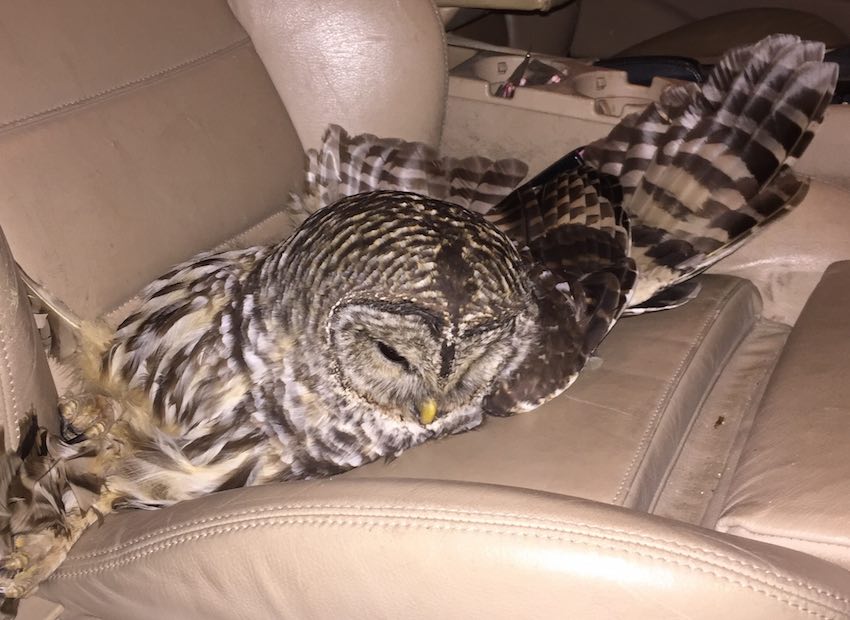 This is the amazing story of an owl that flew straight into the window of a moving car. Not only did he—and the driver—miraculously survive the accident, but after breaking both wings, the owl became a surrogate parent in the hospital for orphaned owlets before he was finally released back to the wild in the backyard of the very man whose vehicle he collided with. All, thanks to a caring community of rehabilitaters and volunteers.

Most of us have experienced that sick feeling when an animal leaps in front of our car, but what if the animal hurls itself right into your car while you’re driving? That’s what happened to a Virginia man when a barred owl with a wingspan of four feet flew through his open passenger window.

Jim Corbley doesn’t normally freak out—but he was freaking out. Worried the creature would start flailing around in his BMW, he kept an eye on it, but it twitched in pain briefly and fell silent.

Only when he arrived home, did he see it was an owl —not a hawk — and his wife convinced him to move the animal, still alive, to a box with a blanket and call for help. (Watch the video at the bottom)

They called the Raptor Conservancy of Virginia and spoke to Kent Knowles, the founder of the organization, who has rehabilitated and handled owls, hawks and eagles for over 20 years. 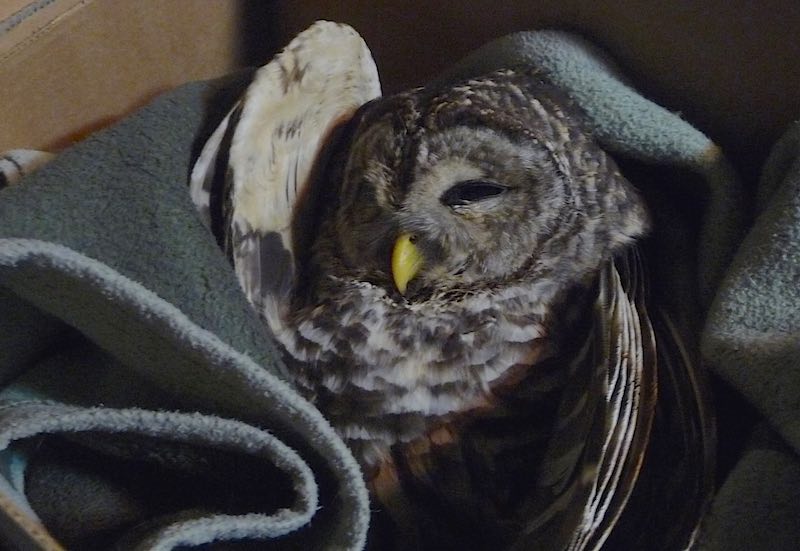 One of the group’s fine volunteers was dispatched, and she drove immediately to Lake Jackson outside Manassas on a Sunday evening to pick up the bird and bring him to their office 30 miles away in Falls Church.

RELATED: Owl Can’t Stop Hugging The Man Who Rescued Her After Bad Accident

In the meantime, the couple, both amateur birdwatchers, were told the owl was likely in shock and might not make it through the next hour. They kept the room dark, but checked for signs of breathing every five minutes, and were delighted that after some time the owl was moving his neck and looking around.

The next day Kent told Corbley, who named the owl ‘Beamer’ (for the BMW he collided into), that the bird had broken both wings—something the raptor expert had rarely ever seen. A surgeon was scheduled to take x-rays to see if anything could be done to save him.

The owl should have been named ‘lucky’ because the location of the three fractures happened to be between the joints, rather than at the elbow or shoulder, which signaled that surgery could move forward. The veterinarian set 3 pins in the wings and helped him to recover in a small cage that would confine the animal’s movements.

“We work with a really great veterinarian who’s been doing raptor surgery for over 25 years and he donates all of his time and services,” Gabby Hrycyshyn, Executive Director of the Raptor Conservancy told Good News Network. “He does a fantastic job so we’re very lucky—and this bird was very fortunate that we could take him to this vet.”

After he regained full extension in his wings, Beamer spent several months in the flight cage and proved his hunting skills were back to normal. At the same time, the rescue group received several baby owls that had been orphaned, and to Beamer was assigned to become a surrogate parent. He taught them vocalization and hunting skills while the fledglings imprinted on a member of their own species. 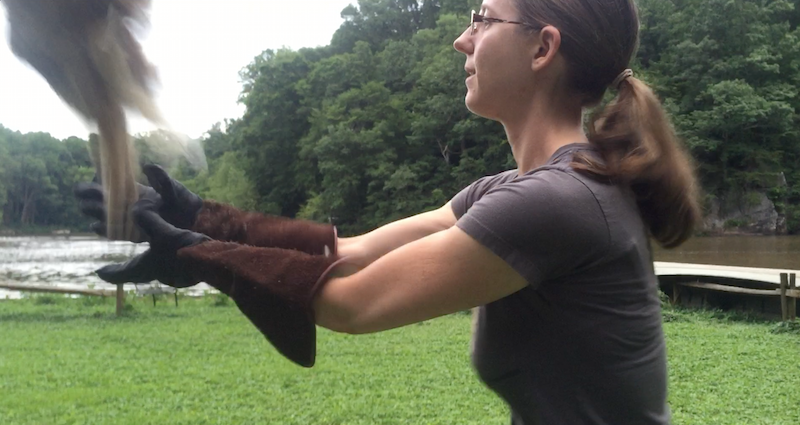 Finally, in late June, Beamer was ready to be released back into the wild. When they learned that Corbley lived on a lake with woodland surroundings, Ms. Hrycyshyn volunteered to release him right in the couple’s own backyard.

Neighbors donated money to the Conservancy to help pay for Beamer’s treatment. You can learn how to contribute or volunteer on their website, here.