Home All News Inspiring After Seeing Homeless Man Trip On Worn-Out Shoes, Policeman Hands Him the... 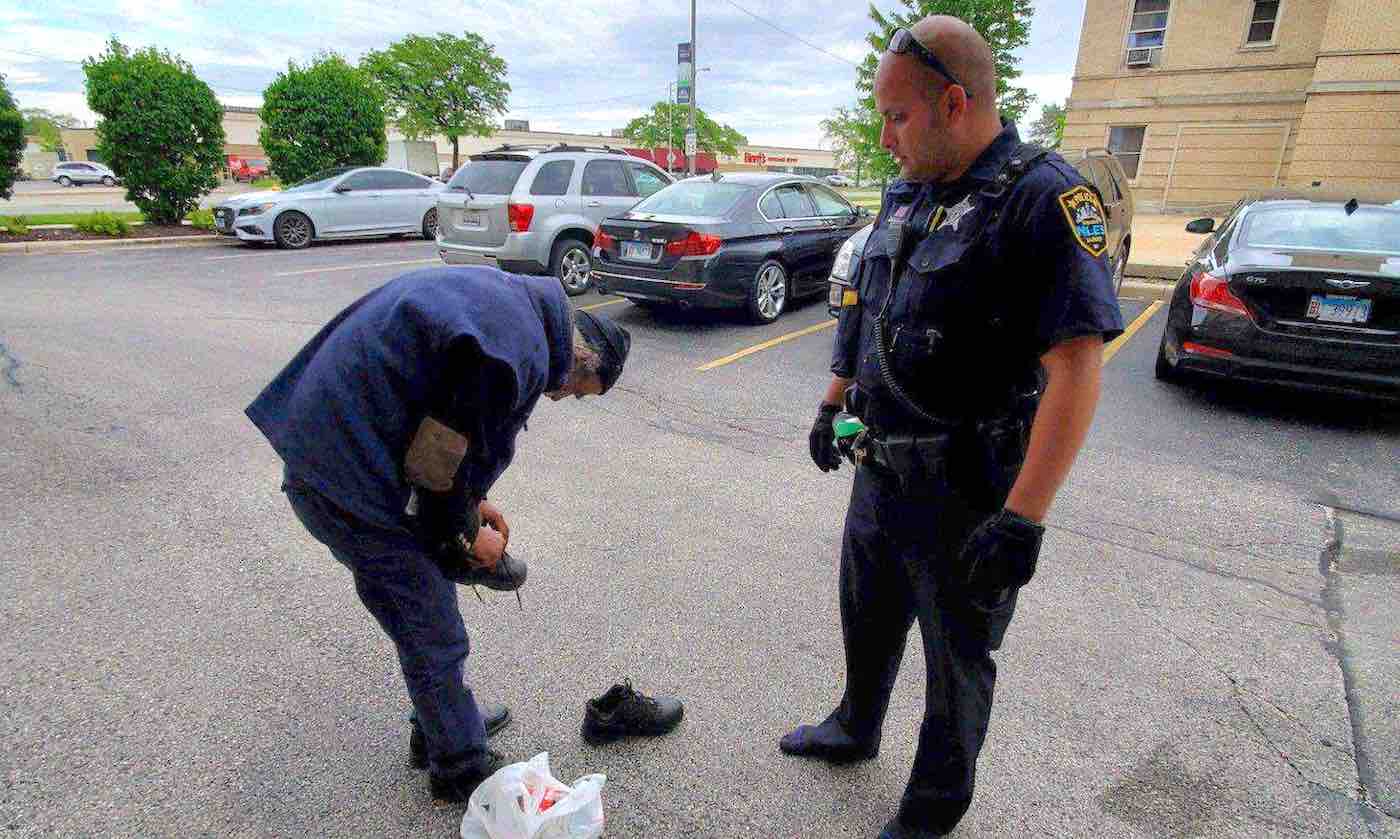 A homeless man was stunned by a policeman’s kindness after the officer took off his shoes and gave them to the man as a gift.

Earlier this week, Officer Brian Zagorski of the Niles Police Department in Illinois saw the homeless man trip on the worn-out rubber soles of his shoes as he was walking down the street.

Upon approaching the man, Zagorski struck up a conversation and inquired about his circumstances.

RELATED: When Bullied Boy Missed His Bus, He Met Police Officer Who Would Throw Him the ‘Best Birthday Party Ever’

The officer asked if the man wanted a bag of toiletries and supplies courtesy of a community assistance program offered by the police department, but the man declined.

The officer then asked what the man’s shoe size – and as fate would have it, his feet were the same size as Zagorski’s.

Without hesitating, Zagorski took off his shoes and gave them to the homeless man.

After Zagorski made sure that his new acquaintance did not require any additional form of assistance, the man happily strolled away with a new pair of sturdy shoes on his feet.

“I was happy,” Zagosrki told WGN-TV. “I made a difference, and that’s essentially what we sign up to do, is to make a difference.”

Zagorski says that he has not seen the man since the exchange took place earlier this week, but the compassionate cop plans on keeping an eye out for him in the future in case he needs help with anything else.

(WATCH the WGN-TV interview with Zagorski below)

Your Friends Would Get A Kick Out Of This Story, So Be Sure And Share It To Social Media…