Home All News Inspiring Stranded Family is Rescued Thanks to Dad Sending Creative SOS Message Down... 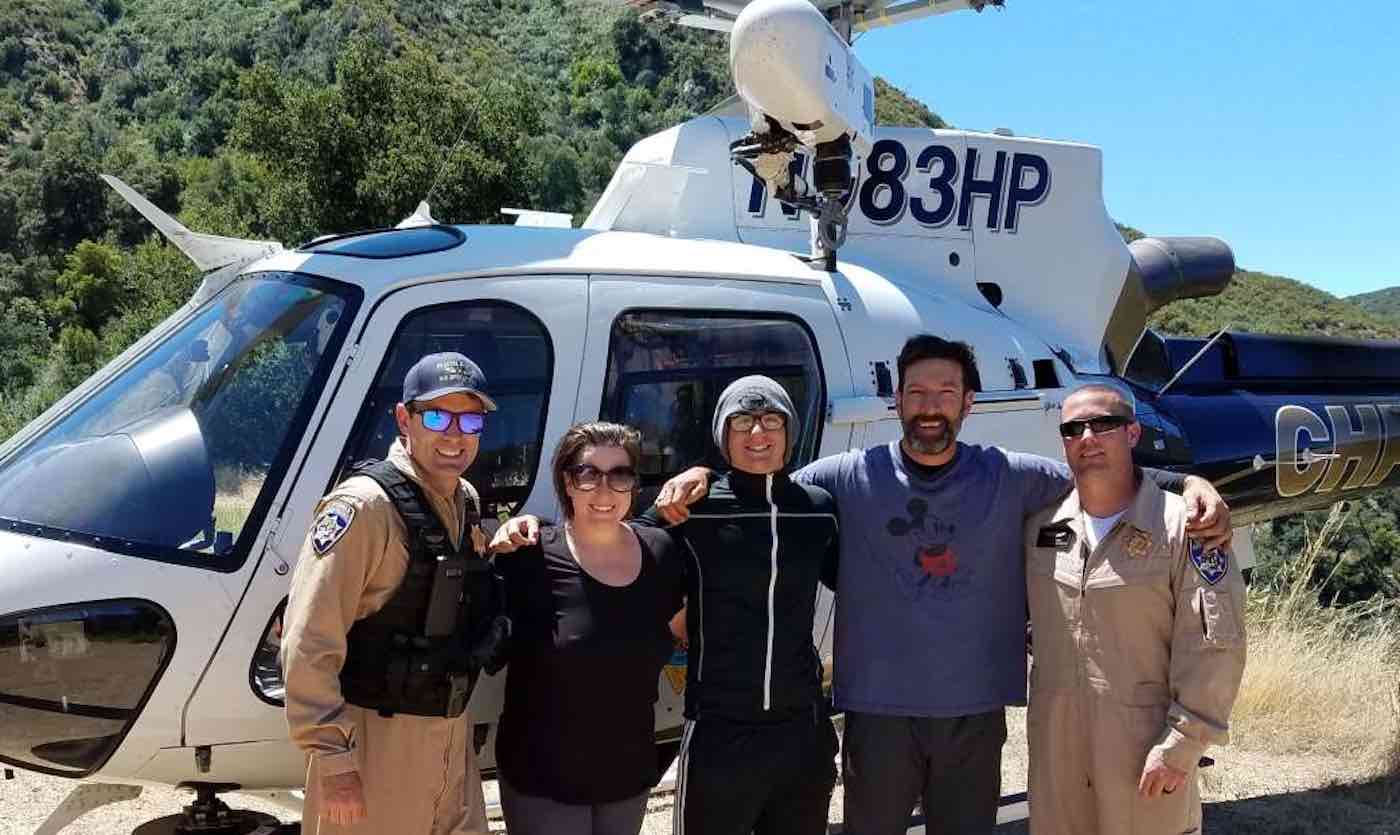 Even though it sounds suspiciously like a song by The Police, this family was rescued from a dire situation thanks to an SOS note that was literally launched as a message in a bottle.

Back in June, Curtis Whitson, his girlfriend, and his 14-year-old son had embarked on a 4-day camping voyage so they could experience the beautiful scenery of the Arroyo Seco River in central California. On the third day, however, their family vacation turned into a nerve-wracking ordeal.

The three hikers had just made their way down a narrow gorge when they suddenly found themselves atop a 40-foot waterfall. When previously Whitson had hiked down the river a few years ago, there had been a rope secured to the cliff face so that travelers could safely rappel down from the top of the waterfall in a matter of minutes.

LOOK: Husky Saves Deaf Hiker After She Tumbled 700 Feet – and It’s Not the First Time He’s Saved a Stranger in Alaska

Unfortunately, the rope was nowhere to be seen.

Whitson suspected it had been washed away by floodwaters—but without the rope, he and his family couldn’t climb down the cliff. The gorge walls were so steep that it left them stranded in a semi-isolated region with no cell service.

“It was a sad realization, to know that our trip was over and we needed help. Every inch down that river had committed us to a spot where we couldn’t get out,” Whitson told The Washington Post. “It was a little scary. We hadn’t seen a single soul the entire trip.”

CHECK OUT: Hiker Was About to Die in a Snowstorm When She Was Saved by a Total Stranger Following Her Intuition

At first, Whitson tried carving an SOS message onto a stick to send floating downstream, but it was too light to stay afloat amidst the river’s current. He then used a much more unlikely rescue tool: his green plastic water bottle.

Luckily, his girlfriend Krystal Ramirez—who professed to be very competitive when it comes to playing cards—had brought a pen and receipt pad so she could keep score of their games.

After Whitson scratched “HELP” onto both sides of his bottle, he wrote a message that included the time of their plight and their location at the top of the waterfall. He shoved it into the bottle, threw it downstream, and told his son and girlfriend that there was nothing left to do but wait—so they set up camp and climbed into their sleeping bags.

To their surprise, they were awakened only hours later by a search-and-rescue helicopter hovering over their heads.

The aircraft’s loudspeaker informed them that rescuers had received their message and the family just had to sit tight until they could be rescued the following morning.

As it turns out, Whitson’s bottle had caught the eye of two hikers a quarter of a mile downstream shortly after he had sent it afloat. The hikers immediately brought it to the staffers at the Arroyo Seco Campground so they could alert a search-and-rescue crew.

RELATED: This Hiker Credits Metallica for Saving Her and Her Dog From Hungry Cougar

The California Highway Patrol returned the next morning in the light of day to airlift the grateful family to safety.

Helicopter pilot Joe Kingman told The Post that until he rescued the trio from the waterfall, he had never heard of a message in a bottle prompting a successful rescue.

Upon recounting the story to the news outlet this week, Whitson mused: “It blows me away how it all came perfectly together. What are the odds?”