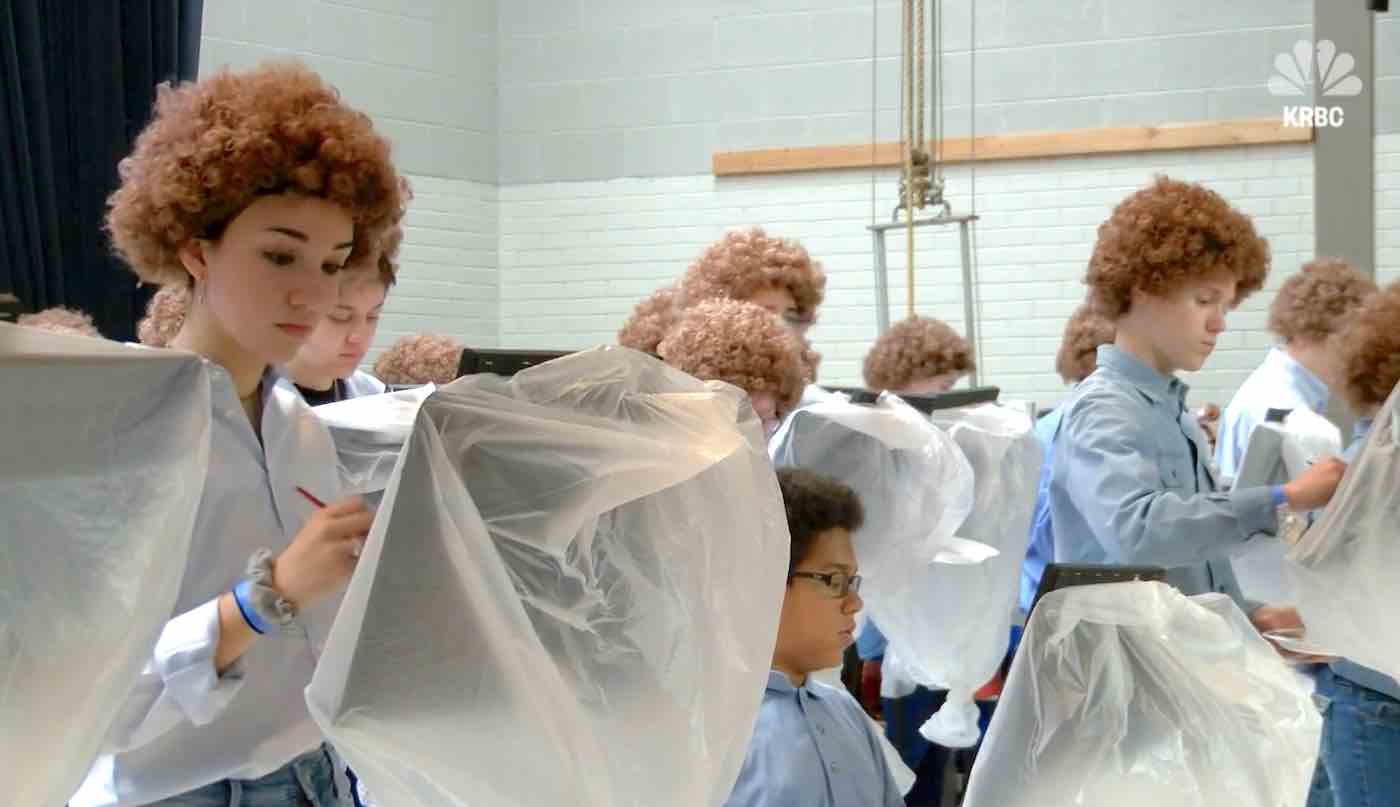 As a means of rewarding her hardworking students, this middle school teacher gave them the chance to experience the joy of painting – all while they were dressed as Bob Ross.

Brady Sloane is an eighth grade art teacher at Madison Middle School in Abilene, Texas. She teaches 48 students between two pre-Advanced Placement classes, and the majority of her pupils are low-income.

Sloane recently began to notice that a lot of the kids were stressed out over their workload, and she wondered how she could reward her students for their hard work and offer them a break from the stress – and that’s when she got the idea to draw some inspiration from the artistic zen master himself: Bob Ross.

Sloane decided to host a Bob Ross flash mob for her students. Thanks to a successful fundraiser on Donors Choose, she was able to raise $500 to buy enough paints for four dozen students. Not only that, she and the students whipped up four dozen Bob Ross costumes.

RELATED: When Strangers on a Plane Hear Teacher Talk About Her Students, Everyone Opens Their Wallets

“When my students were told about this project, they were so excited, we immediately began putting together costumes and sourcing wigs,” says Sloane.

Last week, their efforts came to fruition when Sloane set up a projector in the school auditorium and screened an episode of Ross’s beloved television show. With palettes in hand, the students used music stands as makeshift easels so they could peacefully paint their stress away and create happy little accidents of their own.

“The day of the event was amazing,” says Sloane. “Students came in, got their wigs on and got to work! They worked so hard and had great focus… they are always great workers and do well in my class, but I was so proud of them!”

(WATCH the news coverage below) – Photo by KRBC