Home All News Kids Watch Teen With Rare Skin Disease React to His Family Being Surprised... 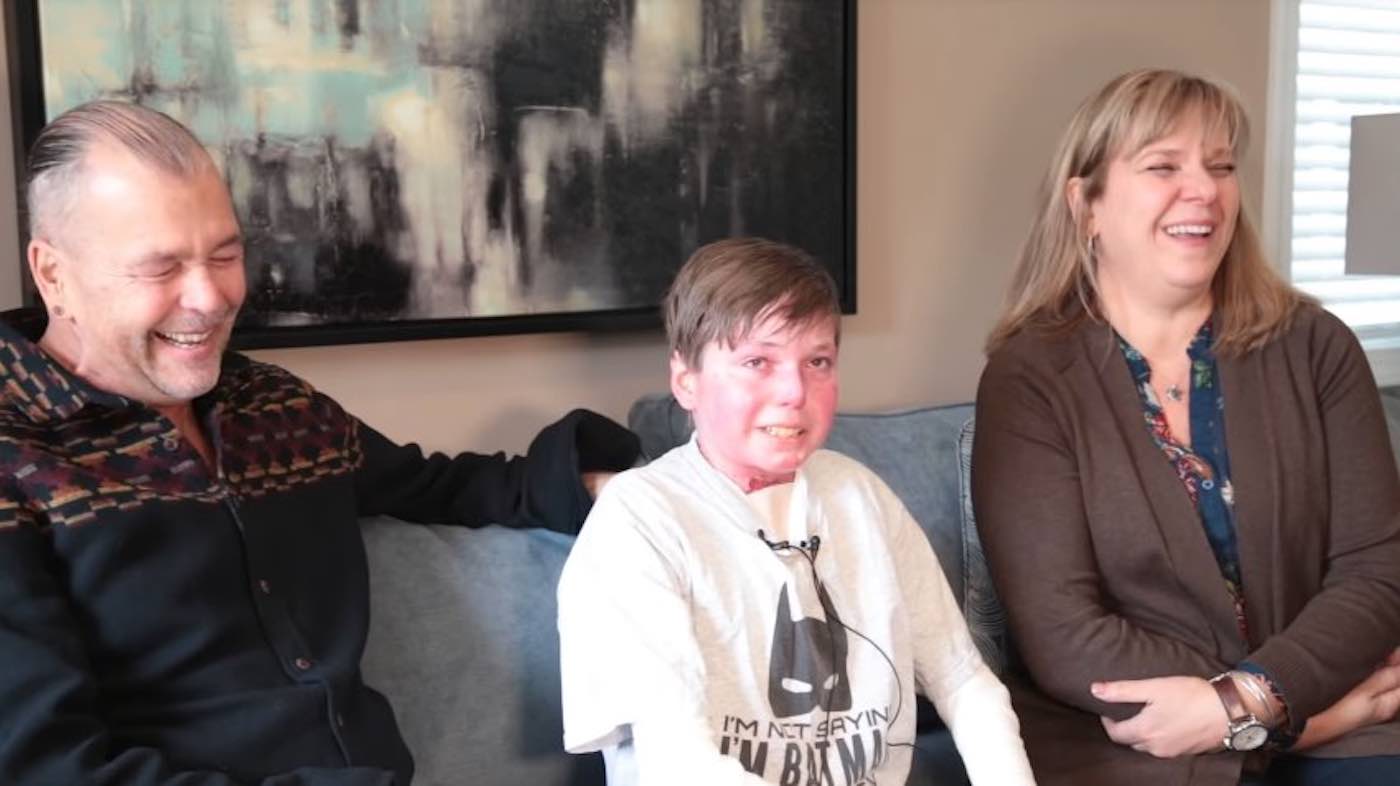 Despite living with a rare and devastating skin disease, this 16-year-old boy and his family have never owned a handicap-accessible home – until now.

John Hudson Dilgen suffers from epidermolysis bullosa (EB): a condition that causes his skin to blister and tear from the gentlest touch. Youngsters who are diagnosed with EB have been called “Butterfly Children” because their skin can literally be as fragile as a butterfly’s wings.

The family has been longing for a wheelchair-accessible home to meet John Hudson’s needs, but the cost of refurbishing their previous 1910 home was too expensive.

So when the Tunnel to Towers Foundation heard about the family’s predicament, they decided to go ahead and build a new New York City home for the family that is not only wheelchair-accessible, but also mortgage-free and equipped with smart technology.

The charity, which was formed in honor of a firefighter who died during the 9/11 attacks, surprised the Dilgen family with their new home on the day before Thanksgiving.

“I don’t know if there’s anything better to do today in the world, not just here on Staten Island, than to do something that is so good, so right and so just, for a young man that’s so deserving and has shown such courage,” Frank Siller, CEO and chairman of the foundation, said to the crowd gathered in front of the home.

As the Dilgens entered the Staten Island home, their reactions said it all.

CHECK OUT: Uber Driver Stumbles Into Gift of New Hands For His 11-Year-old Daughter After Picking Up Engineering Student

The house is part of the foundation’s commitment to building at least 200 smart homes for severely injured service members and disabled Americans. To date, they have already spent over $65 million on 75 smart houses that are now either finished, under construction, or in the design stages.

RELATED: Every Night for the Last 10 Years, Community Has Made Sure That Woman in Wheelchair Gets to Bed

The Dilgen home includes an elevator, a ramp, large doorways for his wheelchair, and a room specifically equipped with a hydrotherapy tub for John Hudson’s skin treatment.

Though John Hudson was overwhelmed at having his own room, exclaiming “Oh my God, I even get my own TV!”, he says that he is the most humbled by the impact that the new house will have on his family, as the floor plan allows his parents to have a new level of privacy that they previously never could have afforded.

Since the kitchen has even been built with appliances that are accessible to John Hudson, he plans on finally pursuing his passion for cooking – and he hopes to start by cooking a meal for all of the people who had a hand in building his new home.

(WATCH the emotional video below) – Photo by Staten Island Live