Home All News Inspiring Thousands of People Have Been Encouraged By Mom’s Yard Signs – and... 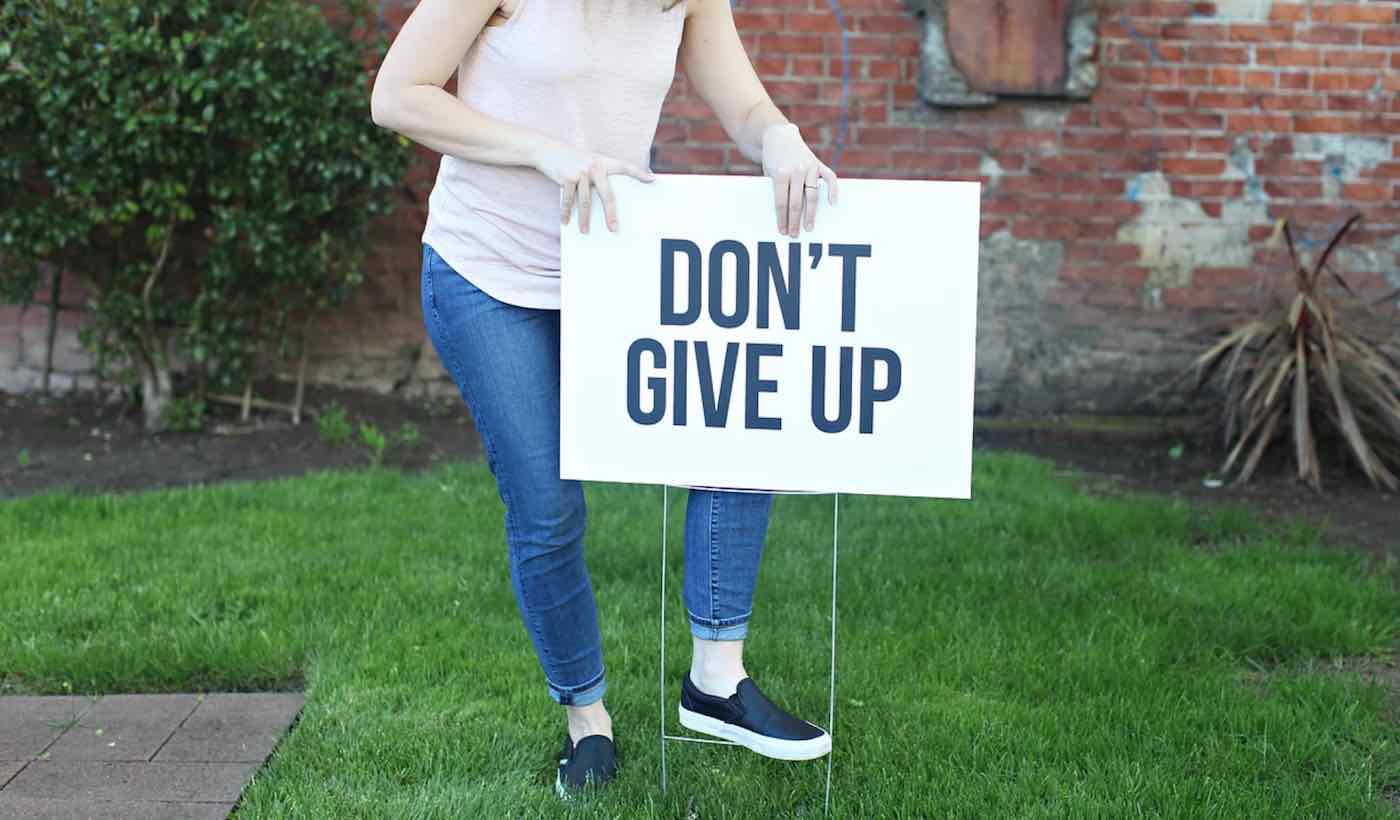 Thousands of encouraging roadside signs have been popping up around the world – and it’s all thanks to one woman who felt helpless in the face of mental illness.

“We were hanging out with friends when one of them mentioned the suicide rates in our community and I about fell out of my chair,” says Wolff. “I felt completely hopeless and ill-equipped to be part of a solution. After all, I wasn’t a therapist. I didn’t know of anyone suffering with thoughts of self-harm. What on earth could I do?”

Despite her initial feelings of helplessness, Wolff got the idea to start putting up motivational signs in people’s yards. For the following two weeks, she and her kids started knocking on people’s doors across their town of Newburg, Oregon and asking if they could put up signs featuring messages like “Don’t Give Up” and “Your Mistakes Don’t Define You”.

RELATED: If You Worry About Having ADHD, Don’t Despair – Scientists Now Believe Leonardo da Vinci Had It Too

Wolff then started receiving messages from other people in the community wanting to buy the signs – and within a few days, Wolff had sold over 150 of the yard signs.

The very same night, Wolff’s husband designed her a website to sell the signs at-cost.

“The movement really picked up traction when family friends road tripped that summer from Portland to Rochester, leaving a trail of our [messages] in every public bathroom, restaurant, and rest station across this great country,” says Wolff.

MORE: ‘Guardian’ Officer Has Saved Over 200 People From Jumping Off the Golden Gate Bridge

“Within a year, we had news outlets in Dallas, Boston, Massachusetts, Cincinnati, and Portland cover our movement,” she added. “I guess generous love with no strings attached was newsworthy. I guess yard signs were genius.”

By the fall of 2018, Wolff realized that her initiative was not going to slow down any time soon – so she then launched the Don’t Give Up nonprofit for her signs.

Since she planted her first sign two years ago, she has shipped the nonprofit’s messages of encouragement to all 50 US states and 26 countries in 6 languages.

LOOK: How a Yoga Teacher is Saving First Responders Across America From Depression – With Downward Dog

With May being Mental Health Awareness Month, the testimonies that Wolff has received from sign owners are particularly significant.

One sign owner told the nonprofit: “I just had a woman knock on my door. She began to cry and thank me for the signs in my yard. She lives up the road and said her son had attempted suicide and these signs were in the yard the day they came home from the hospital. She drives by every day and for her, her son, and her daughter – the reminder is profound.”

CHECK OUT: Global Suicide Rate Has Declined By 29%, With Millions of Tragedies Avoided Since 2000

Another testimonial reads: “So someone just knocked on my door almost in tears. He told me about his daughter and her struggles with drugs and asked if he could buy my sign. Of course I said no he could have it. I prayed for both of them and he left. I will be ordering more signs…”

A more recent endorsement says: “Today a middle school boy knocked on my window while I was in the drop-off lane at school. He pointed to my ‘You Matter’ decal and said ‘Seeing your decal made me feel special and good about myself. Thanks.’”

Wolff now hopes that the movement will continue gaining traction so that young people – and adults – will be reminded that there is indeed a light at the end of the tunnel and they are deserving of happiness.