Home All News Heroes ‘Guardian’ Officer Has Saved Over 200 People From Jumping Off the Golden... 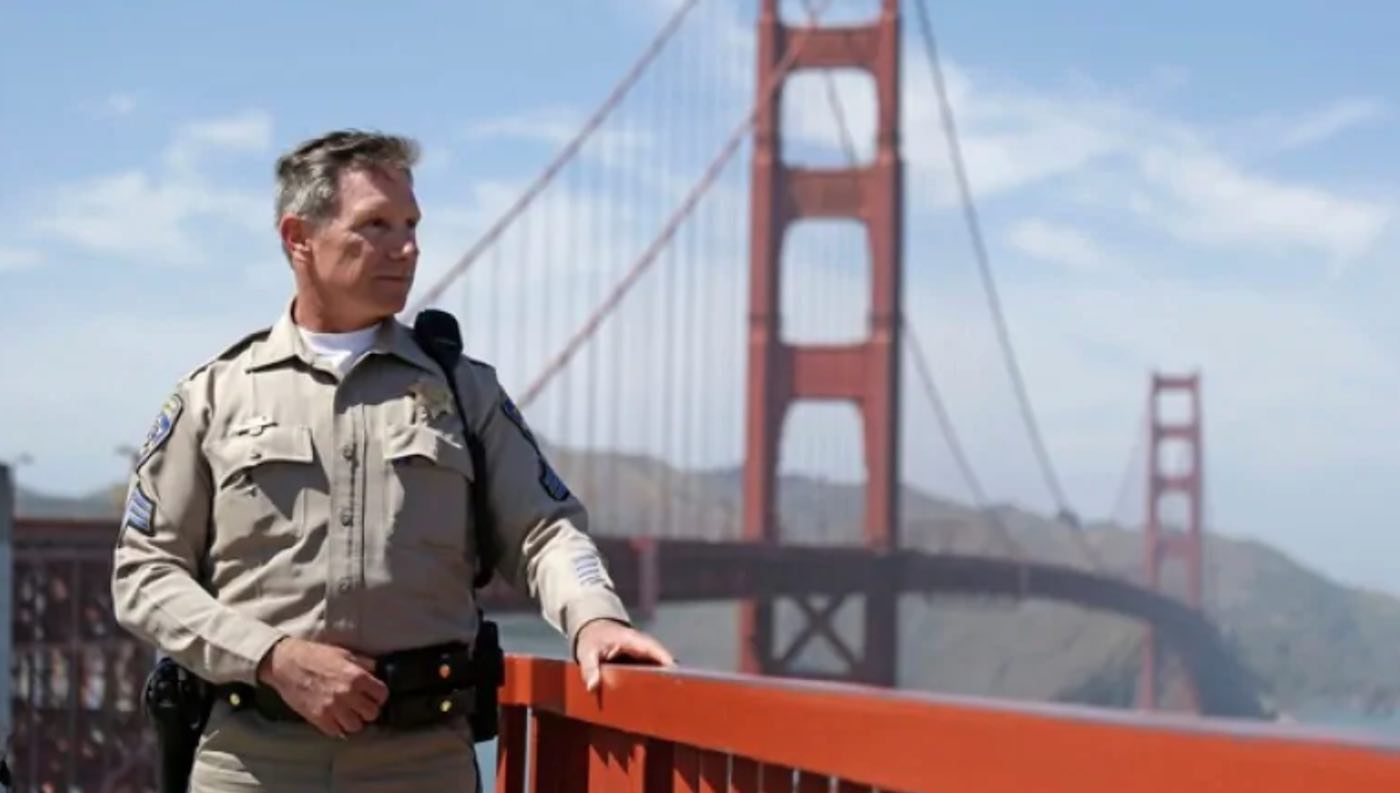 It’s a police officer’s job to protect and serve – but Kevin Briggs never thought that his job would lead him to save over 200 people from committing suicide.

Briggs has been dubbed the “Guardian of the Golden Gate Bridge” because of his awe-inspiring history of talking people down from the edge of the historic landmark.

The Golden Gate Bridge is one of the world’s most notorious spots for suicide attempts. Briggs, who is a California Highway Patrol officer, was first stationed on the bridge in 1994 – but he says that he had never been trained on how to handle suicidal people.

As he encountered more and more distraught individuals, however, he began to pick up more and more strategies on how he could talk to them efficiently. Whenever he successfully managed to coax someone off of the ledge, he would ask them about which parts of his approach were helpful and which ones weren’t.

“I think my approach right from the start was wrong,” Briggs told CBC in an interview. “Just to walk right up to those folks and start talking with them. Now what I do is I stand back and I’ll just introduce myself. I’ll say ‘Hi I’m Kevin’ or ‘I’m Kevin with the Highway Patrol, is it okay, is it alright if I come up and speak with you for a bit?’ I want to get their permission and empower them.”

One his most notable encounters was with a man named Kevin Berthia back in 2005. At the time, Berthia was a 22-year-old who was drowning in medical bills from caring for his prematurely-born infant daughter. In the midst of his depression, Berthia climbed onto the edge of the bridge and prepared to take his own life – and then he was approached by Briggs.

Briggs later said that the man seemed angry with him – but in an interview with NPR, Berthia told him otherwise.

MORE: Police Officer Vaults Over 30-Foot Overpass in Order to Save Suicidal Boy

“I was just mad at myself for being in that situation and I was embarrassed,” Berthia said. “But somehow the compassion in your voice is what allowed me to kinda let my guard down enough for us to have a conversation.

“We talked for 92 minutes about everything that I was dealing with. My daughter, her first birthday was the next month. And you made me see that if nothing else, I need to live for her.”

Out of all of Briggs’s encounters on the bridge, Berthia is one of the only people who he has stayed in contact with over the years. Briggs retired from the CHP in 2013, and he now works in suicide prevention and mental health awareness. Sometimes, Berthia even joins him for speaking events.

CHECK OUT: Homeless Man Becomes a Hero After Saving Woman Who Jumped From Bridge

On top of all of this, Briggs hopes that his legacy on the Golden Gate Bridge will inspire other people to take depression more seriously – whether it’s in themselves or their loved ones.

If you want to learn more about Briggs’s career, you can buy his autobiography or watch his critically-acclaimed TED talk below.