Home All News World Scientists Use Recycled Sewage Water to Grow 500-Acre Forest in the Middle... 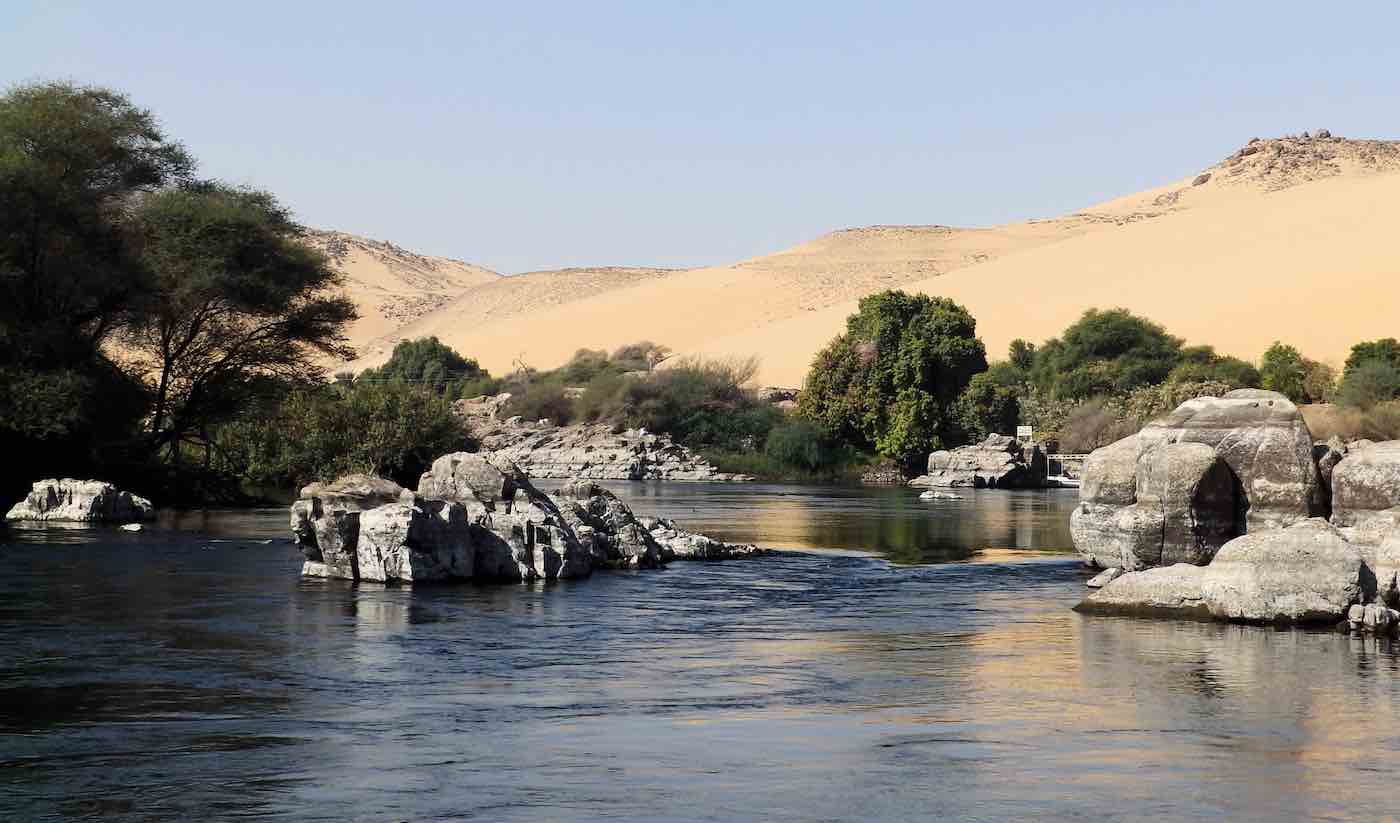 Desertification, also known as desert-creep or desert-spread, is a process that has caused much concern over the last decade—and it’s a major problem for the ancient land of Egypt, where 96% of the country’s landmass is desert.

So why is it that—if you drove a car 10 miles west of the Suez Canal—you would see bountiful forests of eucalyptus, teak, and mahogany trees limned against the orange sand and blue sky of the Sahara?

Serapium Forest is the most prosperous of Egypt’s 36 tracts of land that make up an ambitious program to combat desertification by creating sustainably managed commercial forests fed entirely by wastewater.

The 500-mile forest is only a short distance from the populous Egyptian city of Ismailia, inhabited by 400,000 people who produce millions of tons of sewage and sewage water every year.

RELATED: First Drone Project of Its Kind in Canada is Aiming to Plant 1 Billion Trees by 2028

Routed a dozen miles to the Serapium site, the sewage water arrives in massive microorganism-populated underground vats where oxygen is fed in to accelerate the bacterial purification process. A system of pipes then deposits the wastewater throughout the forest.

Since human wastewater is still rich in nitrogen and phosphorus even after being treated, it is effectively a MiracleGro formula provided free of charge by Ismailia’s citizens. (Watch the encouraging video below.)

Recent efforts by Egyptian scientists have produced plenty of research suggesting that the wastewater potential for afforestation in the country could turn 1.6 million acres of desert into commercial forests that are arable and economically viable.

CHECK OUT: Man Succeeds Where Government Fails—He Planted a Forest in the Middle of a Cold Desert

The federal effort, called the National Program for the Safe Use of Treated Sewage Water for Afforestation is going a long way towards achieving the country’s commendable ambitions voiced in the 1992 UN Rio conference on climate change—because so many trees can soak up hundreds of tons of CO2.

The research was supported by Forest Finance, a German forest investment company that has already established near-natural forests in Panama and Vietnam to aid those countries in economic development, CO2 absorption, and wildlife conservation.

Forest Finance wants to increase the number of species grown in Serapium by including a plantation on the site. That way, the biodiversity of the commercial forest would be able to support a greater array of life and species, and hopefully increase the profitability as well.

Although desertification is sometimes thought of as the swallowing of lands adjacent to deserts, it is actually a process whereby land that was once fertile or semi-arable becomes desert as a result of things like unsustainable agricultural practices, or long-lasting drought.

MORE: For First Time Ever, Scientists Identify How Many Trees to Plant and Where to Plant Them to Stop Climate Crisis

Africa’s Great Green Wall project, a remarkable effort across more than 10 countries to build a giant patchwork wedge of vegetation to combat desertification in Africa’s Sahel region—the band of semi-arid yet arable land south of the great Sahara—swaps the word desertification for land degradation.

Africa’s Great Green Wall is a success that is also currently being matched by the Chinese, whose “Green Great Wall,” is made in a similar way to Egypt’s.

The African green wall has produced some staggeringly good figures along their stated goals of jobs created, carbon sequestered, land reclaimed, and food produced. It has established best practices for the combating of land degradation by ensuring that the “wall” is a mosaic of different families of plants and land use strategies, providing greater robustness and flexibility in the face of drought or fire.

Although the Serapium Forest suffers from the precarious circumstances derived from lack of funding and political stability, it’s still growing—a 500-acre green wall to join the others in the world in fending off the sands of the world’s deserts from spreading.

(WATCH the 2016 news coverage on Egypt’s miracle forest below)