Home All News Animals Watch the Heroic Pup Who’s Been Trained to Perform CPR on Police... 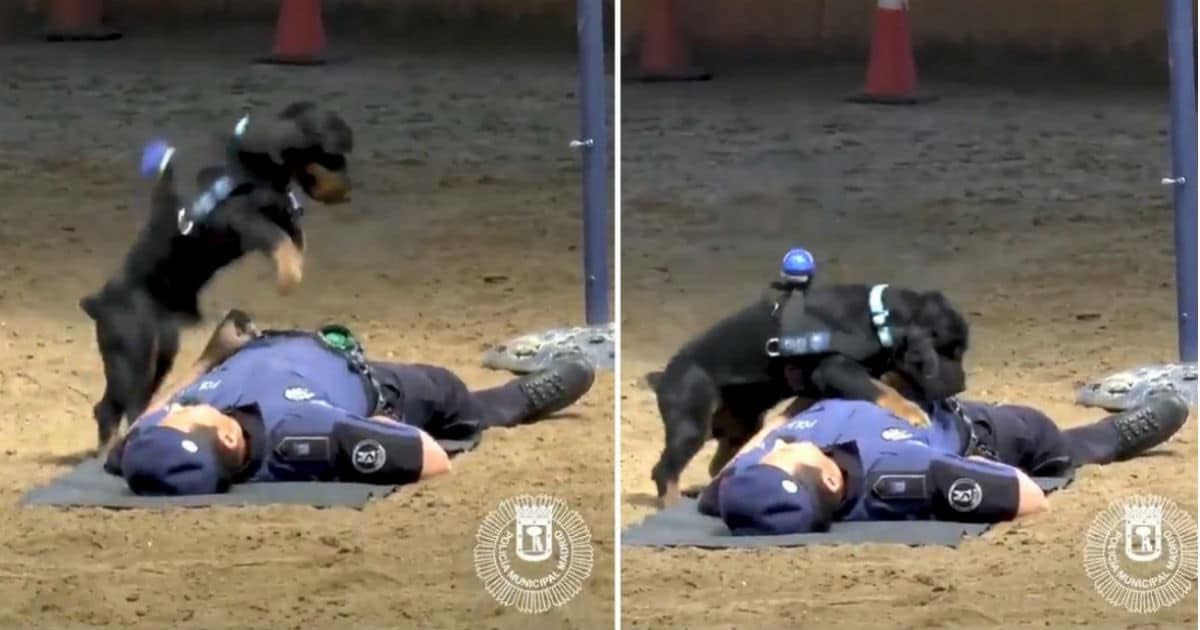 We’ve rarely seen a cuter hero than Poncho the pup.

Poncho is a police dog who has been trained to perform CPR on officers who may be experiencing symptoms of cardiac arrest.

Poncho’s employers, the Municipal Police of Madrid, recently uploaded a video of their furry companion completing a training round of CPR with one of their officers who was imitating a medical emergency.

Seconds after the officer ‘collapses’, Poncho bounds onto the scene and starts conducting chest compressions by bouncing his weight on the man’s torso. Then, the little canine rests his muzzle on the officer’s neck so he can check for a pulse.

After a few more rounds of compressions, the officer finally “revives” himself and gives Poncho a well-deserved treat.

The police department ended the caption of their video by using an apt quotation from John Billings, saying: “The dog is the only being in the world that will love you more than you love yourself.”