Home All News Good Earth We Can Now Help Keep Plastics Out of the Ocean Simply By... 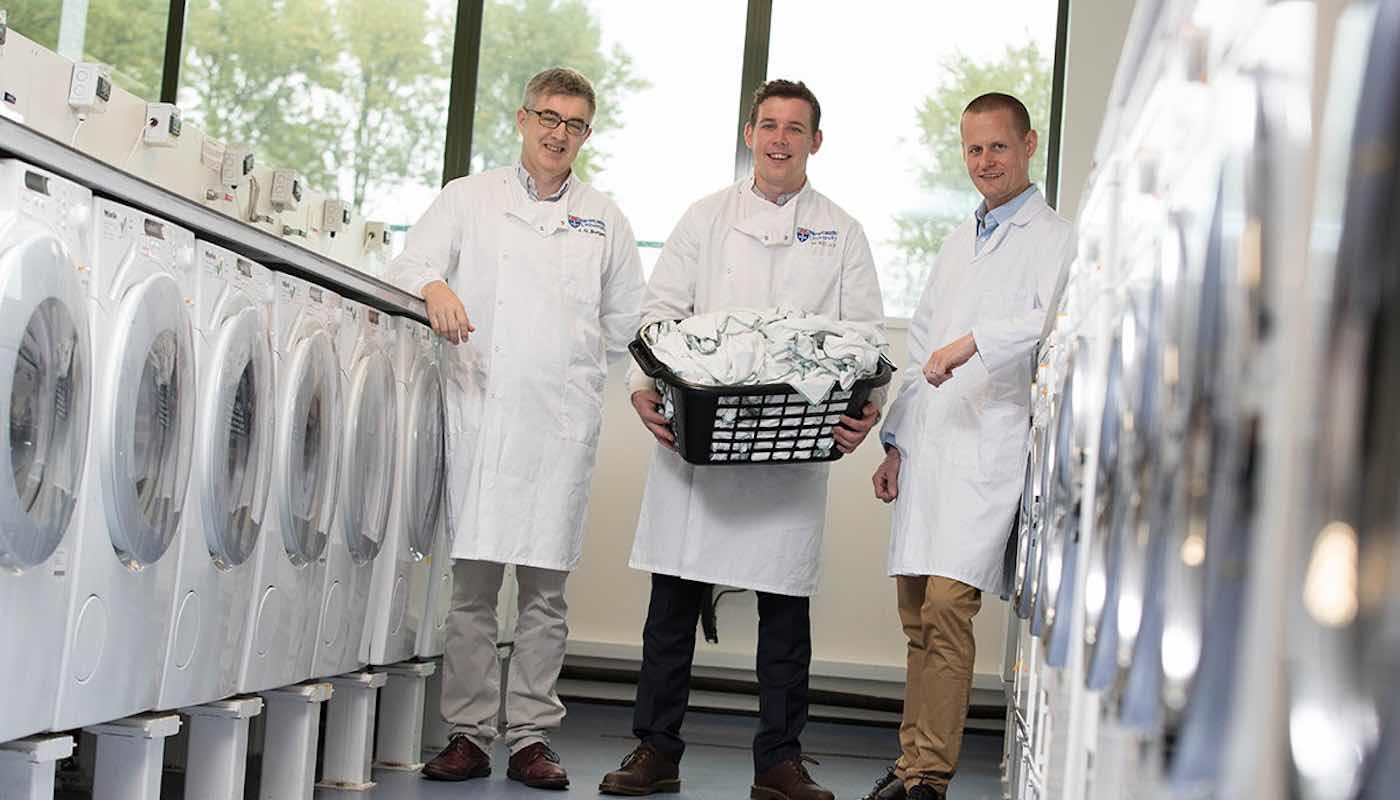 Researchers have identified a new way for people to help keep plastic out of the ocean—and it’s as simple as changing the setting on your washing machine.

The study found that it is because of the volume of water used during the wash cycle, rather than the spinning action of the washing machine, which is the key factor in the release of plastic microfibers from clothes.

The team measured the release of plastic microfibers from polyester clothing for a range of cycles and water volumes. Counting the fibers released, the team found the higher the volume of water the more fibers released, regardless of the speed and abrasive forces of the washing machine.

RELATED: Here’s Why You Should Start Washing Your Clothes in Cold Water

In fact, they found that on average, 800,000 more fibers were released in a delicate wash than a standard cycle.

Publishing their findings this week in the academic journal Environmental Science and Technology, PhD student Max Kelly, who led the research, explained:

“Counterintuitively, we discovered that ‘delicate’ cycles release more plastic microfibers into the water, and then the environment, than standard cycles.

“Previous research has suggested the speed the drum spins at, the number of times it changes spinning direction during a cycle and the length of pauses in the cycle—all known as the machine agitation—is the most important factor in the amount of microfiber released.

MORE: With Fridges and Air Conditioners Using 20% of World’s Energy, Cheap Plastic Crystals Could Be the Answer

“But we have shown here that even at reduced levels of agitation, microfiber release is still greatest with higher water-volume-to-fabric ratios.

“This is because the high volume of water used in a delicate cycle which is supposed to protect sensitive clothing from damage actually ‘plucks’ away more fibers from the material.”

Millions of plastic microfibers are shed every time we wash clothes that contain materials such as nylon, polyester and acrylic. Because these fibers are so small, they drain out of our washing machines and can ultimately pollute marine environments.

Laundry has been recognized as a major contributor of microplastics but until now, precisely measuring the release of these fibers has been difficult due to the fact that it’s almost impossible to accurately simulate the reality of what happens in people’s machines in a lab setting.

CHECK OUT: The Ozone Hole is Healing and May Be Completely Repaired Within Our Lifetimes, Says UN Report

To test whether the observations made using the tergotometers were reflective of full-size domestic washing machines, the team then tested the fabrics on a delicate wash cycle using identical washing machines in the test center.

The team showed that previous recommendations by groups to move towards high water volumes and low levels of agitation as a way of reducing the amount of microfiber released was actually making the problem worse.

“The appliance industry has started to introduce microfiber filters in some new washing machines and the textile industry is looking to reduce the fiber shedding levels of new clothing,” said study co-author Neil Lant. “We hope that the issue will ultimately be solved by such actions, and our work on the mechanistic causes will help in the development of these solutions.”

Max Kelly adds: “Reducing the amount of plastic pollution is everyone’s responsibility and often it’s the small changes that make a huge difference.

“By avoiding high water-volume-to-fabric washes such as the delicate cycles and ensuring full wash loads then we can all do our bit to help reduce the amount of these synthetic fibers being released into the environment.

“Hopefully, these findings may also be used by manufacturers to influence the design of future washing machines and reduce our plastic footprint. Over time these changes could also see a global reduction in the amount of energy and water required to wash our clothes.”