Home All News Business With Newborn in NICU, Parents’ Car Was Stolen But Local Celebrity Steps... 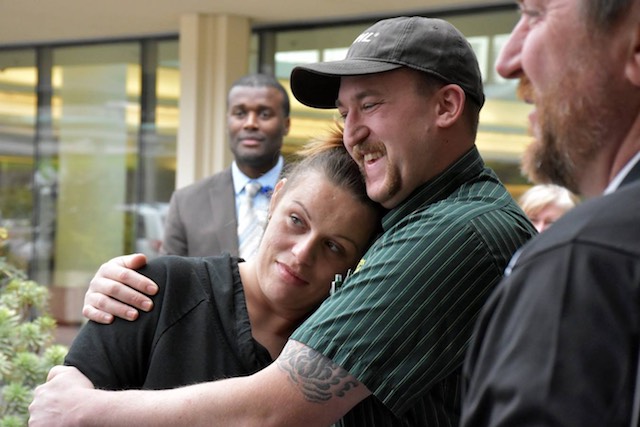 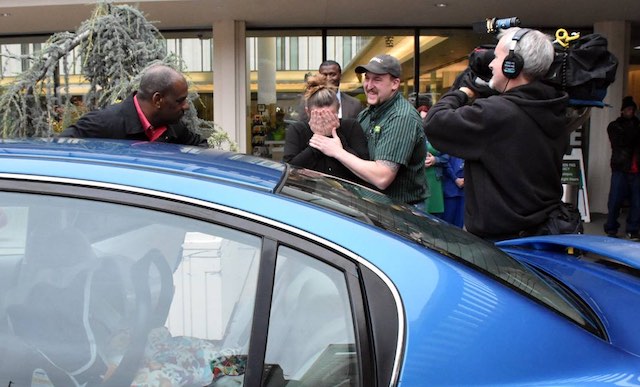 A stolen car led to an amazing act of kindness for a struggling pair of new parents.

Jessica Daniels was visiting her premature baby at a Renton hospital outside Seattle, Washington when her car was stolen from the parking lot.

She and her boyfriend, Ben, had just lost their other car in an accident — and they live 25 miles from the hospital where baby Genevieve is being treated.

FOR MORE GOOD NEWS: GET OUR NEW APP—>  Download FREE for Android and iOS

Both parents are Iraq War veterans and aren’t able to afford another car. They were having to ask friends and neighbors to give them rides to the hospital and weren’t able to spend enough time with their new baby.

The cameras were rolling as Ben and Jessica walked out of the hospital to the shiny, blue surprise parked in their path.

“I have restored faith in people again,” Jessica said.

“It was a two tissue day,” Jones wrote on his Facebook page.