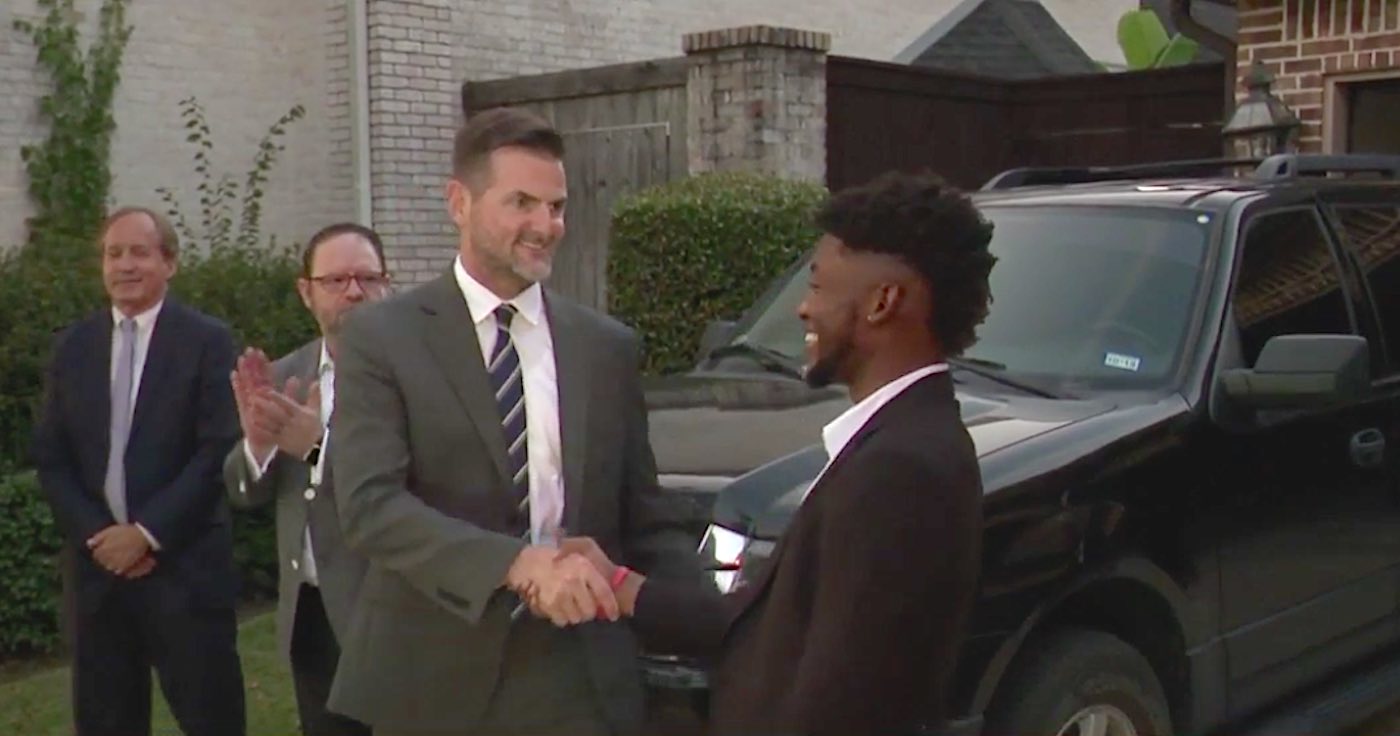 The 21-year-old who made headlines around the world for single-handedly running a hotel and caring for its 90 guests trapped along with him during a flood was rewarded in big way by the city of Beaumont, Texas.

Homewood Suites employee Satchel Smith was honored with a proclamation for his heroics during tropical storm Imelda, which included answering phones, cooking, doing dishes, and washing laundry, during a solo shift that lasted over 32 hours.

The young man, who said he was “just doing his job,” also lost his car in the flooding—but, after his marathon of good work, city officials surprised him with a new one, a 2013 Honda Hybrid, during an event.

“I mean it was a bit unexpected—overwhelming!” he told KFDM News. “I mean I don’t expect anything for what I did.”

And, too, so are the guests he catered to, including Angela Chandler, who said Smith handled the situation “with grace, kindness, and a beautiful smile on his face.”

RELATED: Homeless Man Gets Huge Reward for Standing Guard Over Stranger’s Money in the Rain