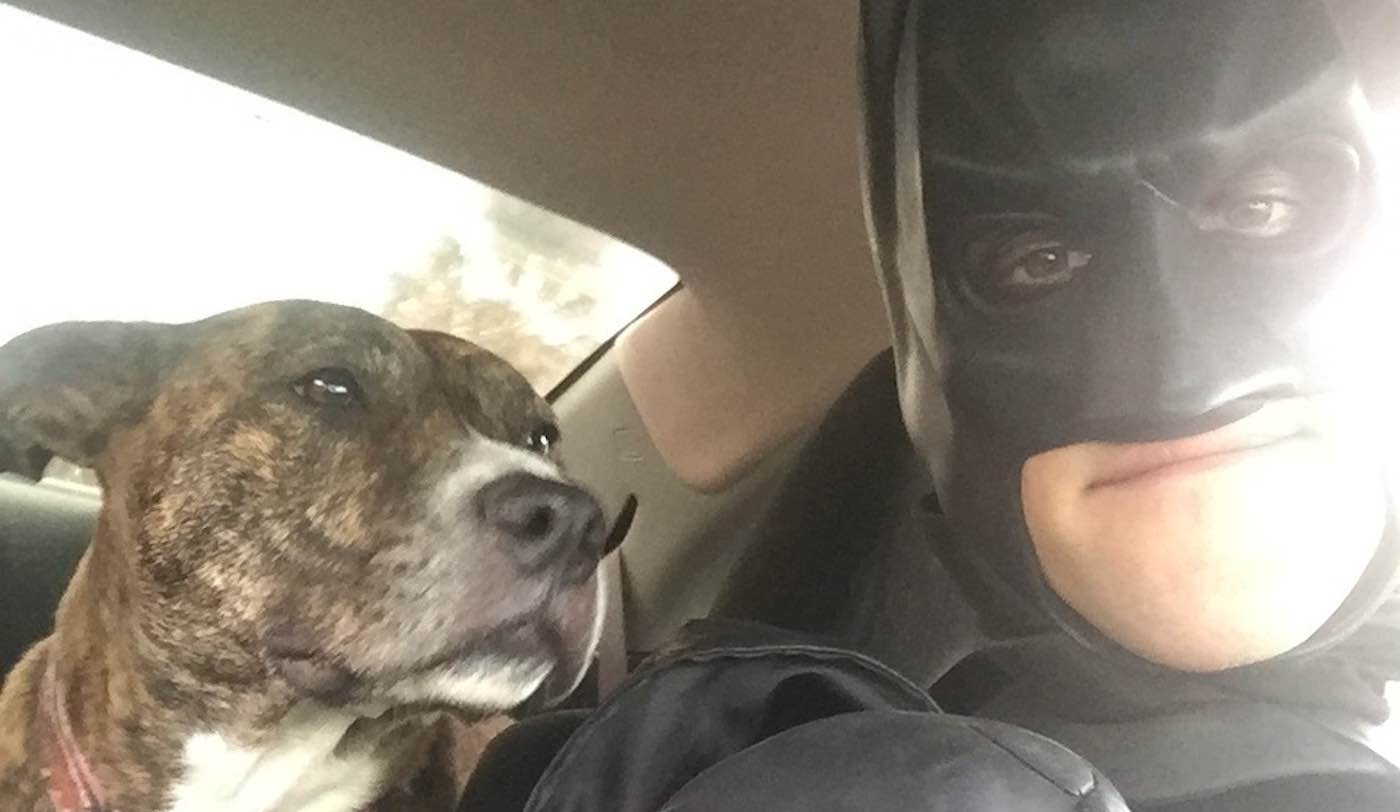 Not all heroes wear capes, but this guy has already saved dozens of dogs and cats from euthanasia – and he has done it all while dressed as Batman.

27-year-old Chris Van Dorn has always been a fan of the beloved Caped Crusader; so when he began volunteering for various animal rescue organizations around Orlando, Florida, he decided to combine his two passions and use a Batman suit to bring attention to the importance of pet adoption.

“It kind of just came as a way to embody all the good I wanted to do in the world,” Van Dorn told The Dodo, “and make it easy for people to talk to me right off the bat.”

Not only has he used the suit as a conversation starter for why people should adopt shelter pets, he has also donned the suit to transport dozens of animals from the shelter to their loving forever homes.

Initially, Van Dorn used the superhero costume as a means of keeping all of his rescue missions anonymous – but his good deeds finally brought his real identity into the limelight after he was featured as an honorary GoFundMe Hero in May.

Since Van Dorn launched his nonprofit Batman4Paws in 2018, he has embarked on dozens of hours-long cross-country road trips to rescue dogs from euthanasia and bring them to loving families that are willing to adopt them.

Thankfully, the GoFundMe article helped to finance Van Dorn’s rescue missions since his crowdfunding page has collectively raised about $32,000 over the course of the last 10 months.

“When I was first starting out, I was keeping everything really anonymous,” Van Dorn told the news outlet. “I would sign everything ‘Bruce Wayne’ and not put my real name out there … My catchphrase is, ‘It’s not who I am underneath but what I do that defines me’ and I still hold that true today.”

Van Dorn now hopes that he will be able to find a compassionate citizen to donate a bigger van so he can replace his current Batmobile – a humble Honda Accord – and transport more animals on his rescue missions.

CHECK OUT: ‘Walking Dead’ Star Gives Happy Ending to Emu and Donkey That Refused to Be Separated

He also aims to use his pilot’s license as a means of using air travel as a more efficient means of transporting his doggos in distress.

Additionally, since he recently got his trusty sidekick Mr. Boots licensed as a therapy dog, the two have been making plenty of guest appearances as Batman and Robin at various hospitals around Florida.

The Dynamic Duo has also donned their costumes for adoption events and animal shelter fundraisers.

Van Dorn says that the costume helps to draw in more visitors, and he takes every opportunity to hand out brochures and stickers concerning the importance of adoption.

If you would like to learn more about Van Dorn’s mission or make a donation to his nonprofit, you can visit the Batman4Paws website.