Home All News Inspiring Police Officer Finally Gets to Meet the Man Who Kept Her Dry... 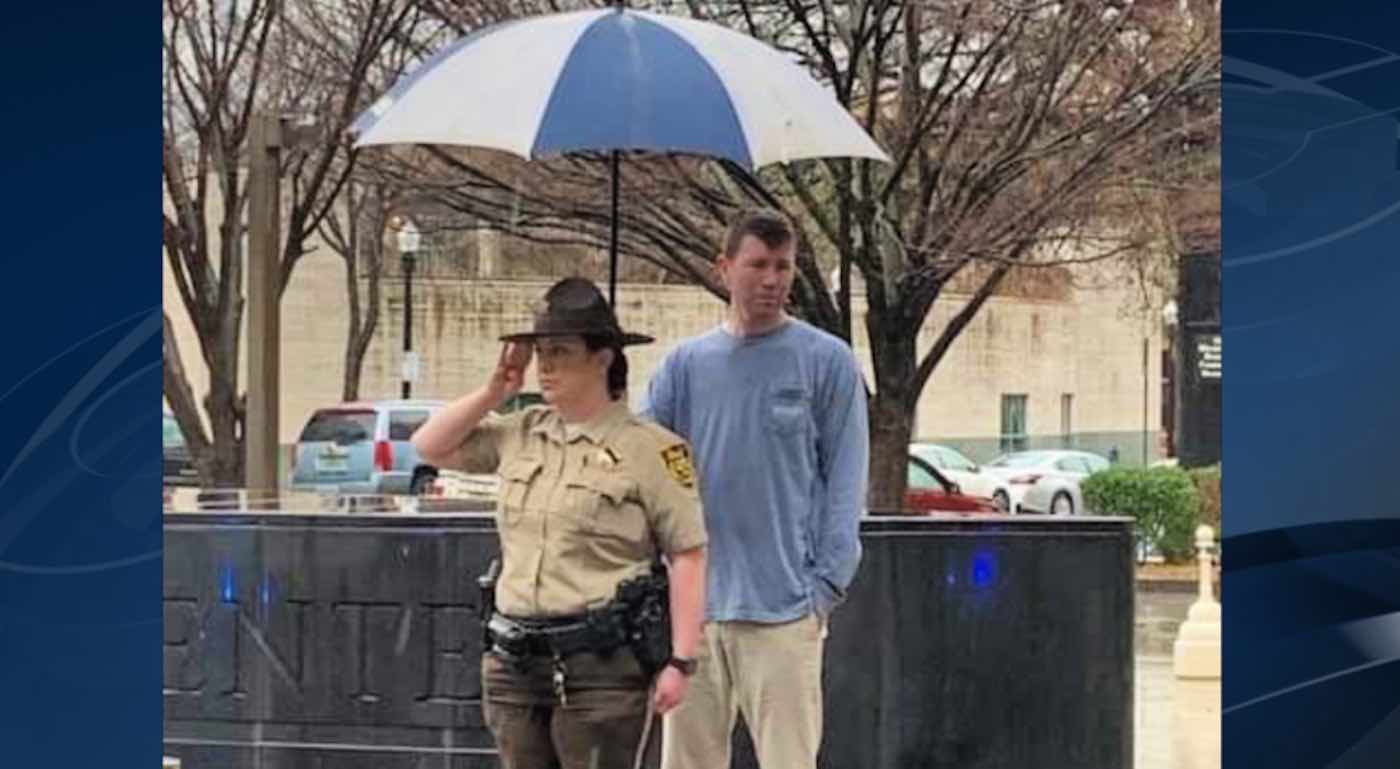 When a police deputy was paying tribute to a fallen officer, she was unknowingly being honored by a Good Samaritan who was standing behind her – and earlier this week, she finally got to meet him face to face.

Jefferson County Deputy Sheriff Tiffany Dial was standing on a rainy street corner in Birmingham, Alabama so she could salute a passing funeral procession.

The procession was for the late police Sgt. Wytasha Carter who recently died in the line of duty. For 30 minutes, Dial stood at attention for the funeral.

At the time, Dial noticed that several pedestrians were taking pictures of her – and she later figured out why.

RELATED: Instead of Running, These Inmates Rush to Aid Their Supervisor Who Collapsed From Stroke Along a Roadside

A man who worked in a nearby building had seen Dial standing in the rain and taken it upon himself to hold an umbrella over her head in the rain.

Because of the angle of Dial’s hat, she was not able to see the man standing behind her until the photo later appear on social media. After the photo went viral on social media, WBMA News identified the man as Shawn Allen, and she was finally able to meet the man and thank him for his kindness.

“I was in my moment,” Dial told WBMA. “It meant a lot, in ways you can’t even put into words. It wasn’t just about keeping the rain off of me for that little bit, it meant a lot more than that.”

(WATCH the news coverage below) – Photo by WBMA