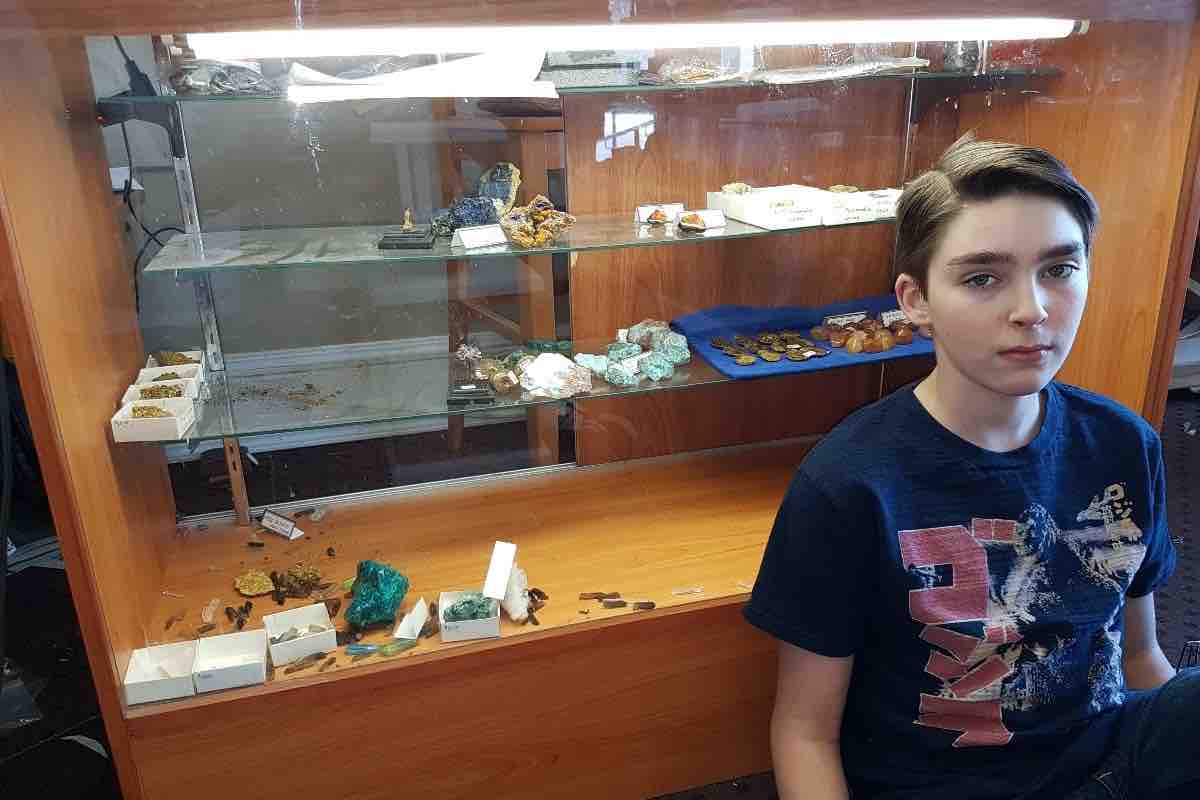 Judah Tyreman prides himself on his rock and mineral museum.

The teen has spent the last two years mowing lawns, selling jewelry, and performing other odd jobs so he could run the Sesula Mineral and Gem Museum in Radisson. All of the money that Judah earned, he would use to buy more specimens, pay rent for the building, and keep the museum open to the public.

So you can understand how upset the 13-year-old was when he arrived at the museum last Sunday and found that someone had robbed the place.

Though many of Judah’s most valuable pieces were kept safe in the back, the thief had taken the museum’s donation jar, a piece of rare ocean jasper worth about $3,000, and several other treasured minerals.

RELATED: The Homeless in San Diego Are Getting Jobs Thanks to a 16-Year-old Boy

But Judah did not have to grieve for very long – once news of the robbery was shared on social media, emails, donations, and offers of assistance started pouring in from all over the world.

The Royal Saskatchewan Museum volunteered to donate all of their duplicates to Judah’s museum. Other geologists are offering to send treasures from their own collections. Judah’s GoFundMe campaign also managed to raise $7,000 in a single day – and people are still donating.

MORE: When Kindergartener Has Her Shirt on Backwards, Classmates Are a Heartwarming Example of Kindness

Judah, who has been “overwhelmed” by the amount of compassion he has received, says that he now plans on making the museum even better than before. Not only that, but the generous teen says that he wants to donate 10% of his sales and fundraiser money to an unfunded orphanage in Africa.

“I’m going to use it to get replacement pieces and hopefully use it to one day buy the building,” Judah told the Saskatoon Star Phoenix. “[So] I think something good came out of something bad.”