Home All News World Toronto Garbage Trucks Will Soon Be Powered by Biogas From the Very... 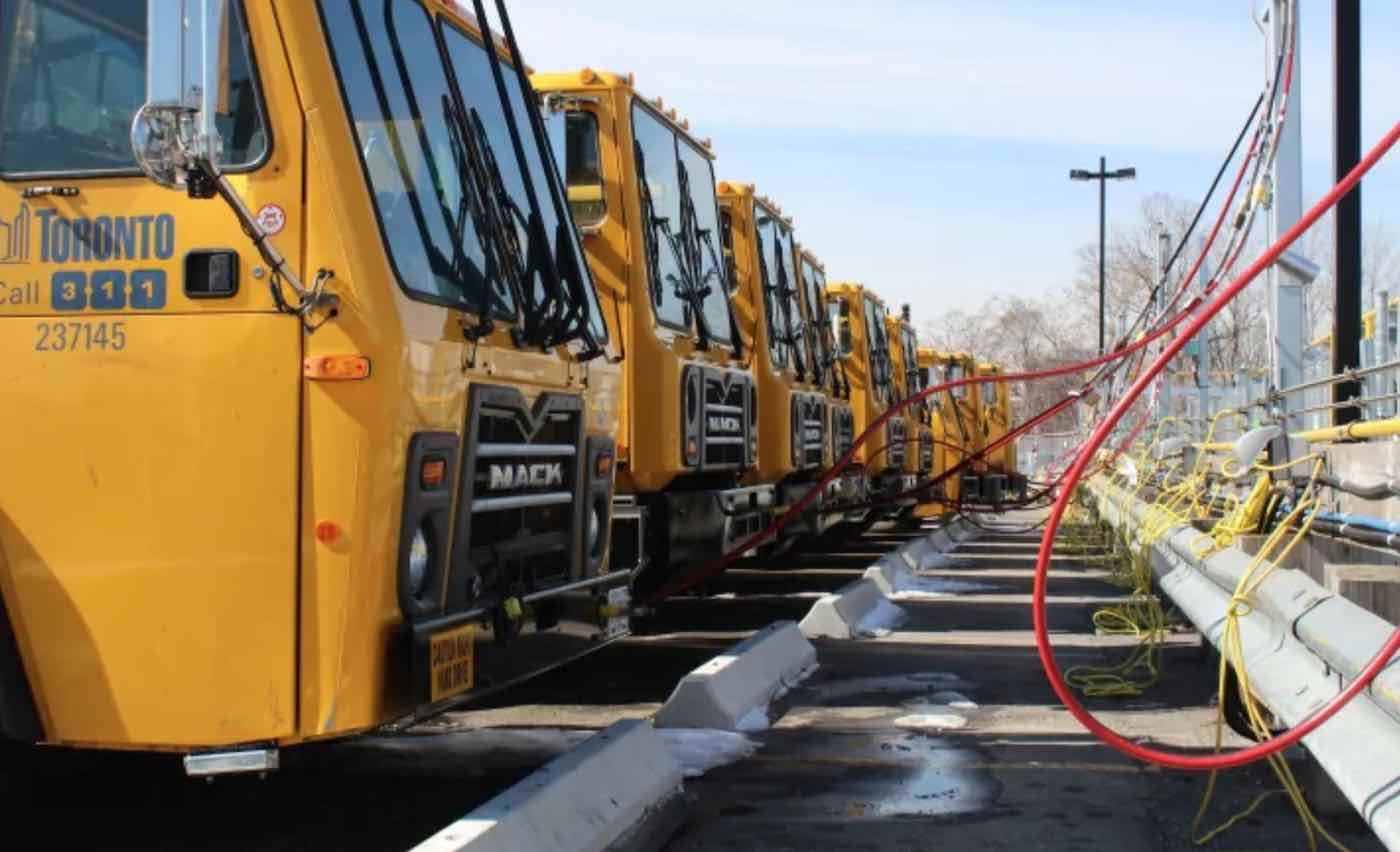 All of the garbage trucks in Toronto will soon be powered by the biogas produced from the very trash they collect.

Toronto is set to be one of the first cities in North America to launch such an initiative, thanks to the their newly-constructed Dufferin Solid Waste Management Facility.

Starting in March 2020, the city’s fleet of garbage trucks will collect all of the organic waste and flood scraps from the Toronto Green Bins and bring them to the facility for processing. The facility will then use anaerobic digesters to capture all of the biogas produced by the waste and transform it into renewable natural gas (RNG).

CHECK OUT: The Largest Trash Collectors in the U.S. Have Stopped Shipping Waste to Poor Countries

After the scraps are dropped off at the facility, the city’s 170 garbage trucks can then immediately fill up their fuel tanks with RNG before heading out to collect more trash.

According to city officials, “RNG is also less expensive and more environmentally friendly than fossil fuels such as diesel. Once injected into the natural gas pipeline, it can be used to fuel vehicles or provide electricity or heat to homes and businesses.

“RNG generated from food waste is actually considered carbon-negative, because the reduction in emissions by not extracting and burning petroleum-based fuel, and the emissions avoided by not sending organics to landfill, exceed the direct emissions associated with the production and use of RNG.”

MORE: New Factory That Uses Enzymes to Recycle All Plastics At Once Has the Backing of Major Corporations

Reports say that 10% of greenhouse gas emissions in Toronto are generated by garbage, primarily food waste. Now, estimates suggest that the Dufferin facility will produce approximately 3.2 million cubic meters of RNG per year, which will save roughly 9,000 tonnes of CO2 from ending up in the atmosphere.

This closed-loop system is just one of the city’s four pre-planned waste-to-RNG production schemes for the coming years.