Home All News Celebrities Watch Will Smith’s Adorable Response to Little Girls Asking Him About His... 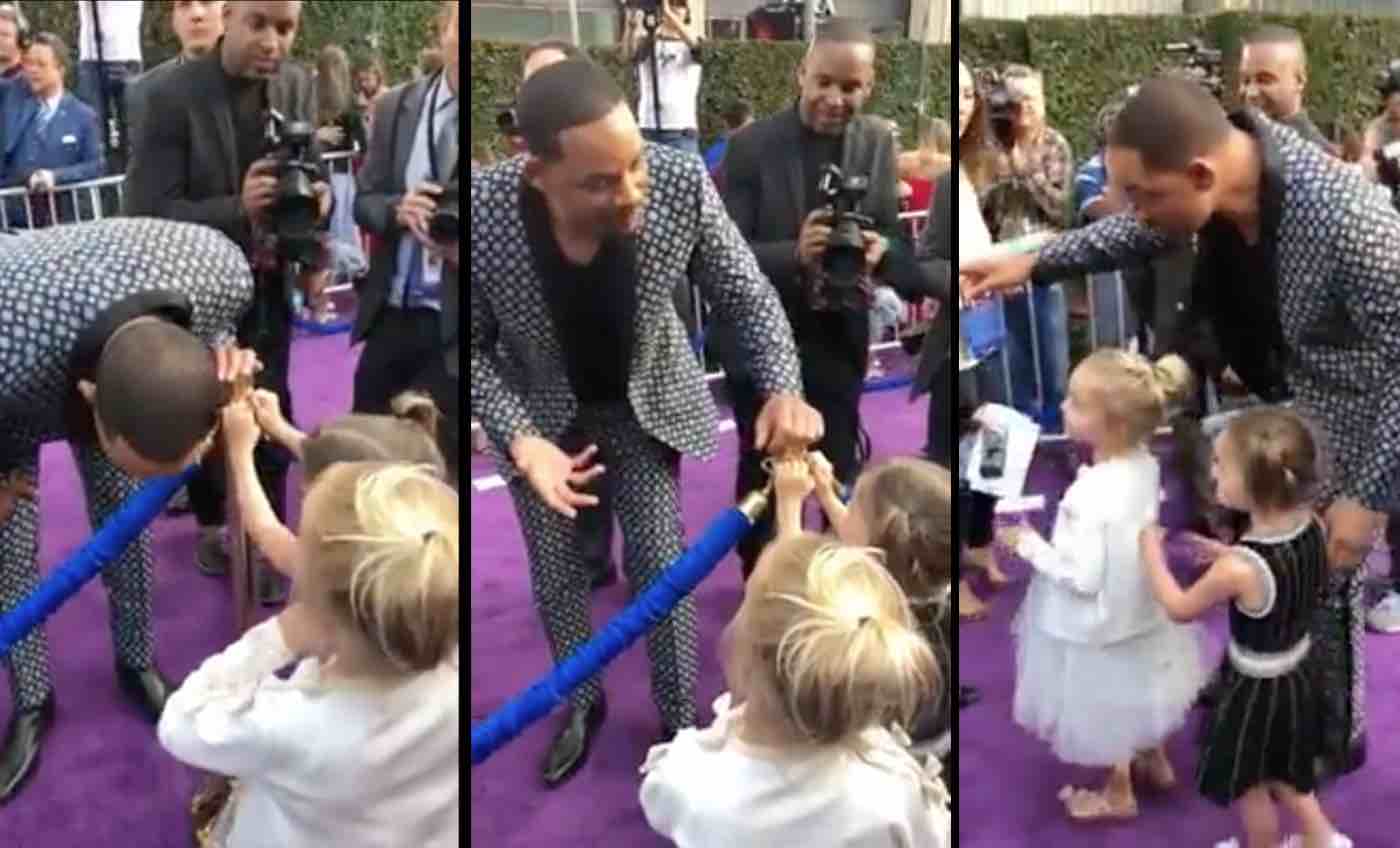 Will Smith may be an all-powerful genie on the silver screen, but this adorable new video from the red carpet is just as magical.

4-year-old twin sisters Emma and Mila Stauffer were at the Los Angeles film premiere for the new Aladdin movie with their mother last week when they were approached by the actor.

Smith, who plays the role of the genie in the film, can be seen chatting with the girls before they ask him where his magic is.

Without missing a beat, Smith earnestly explains that he can’t do magic in public because it might scare people and he doesn’t want anyone to know he’s a genie.

When the girls ask him where his friends are, Smith invites them onto the red carpet to meet Princess Jasmine (who is played by Naomi Scott).

After getting permission from the girls’ mother, Smith lifts up the velvet rope and ushers the youngsters over to Scott.

Mila and Emma’s mother, Katie Stauffer, posted a video of the interaction to social media last week so she could praise the celebrity A-lister for being so nice.

“He was pretty freakin’ cool!!” wrote Stauffer. “Clearly I was excited… I couldn’t even film correctly.”

Stauffer isn’t the only person who thinks it’s cool, either – since Stauffer uploaded the footage to Facebook, it has been viewed over 60 million times.