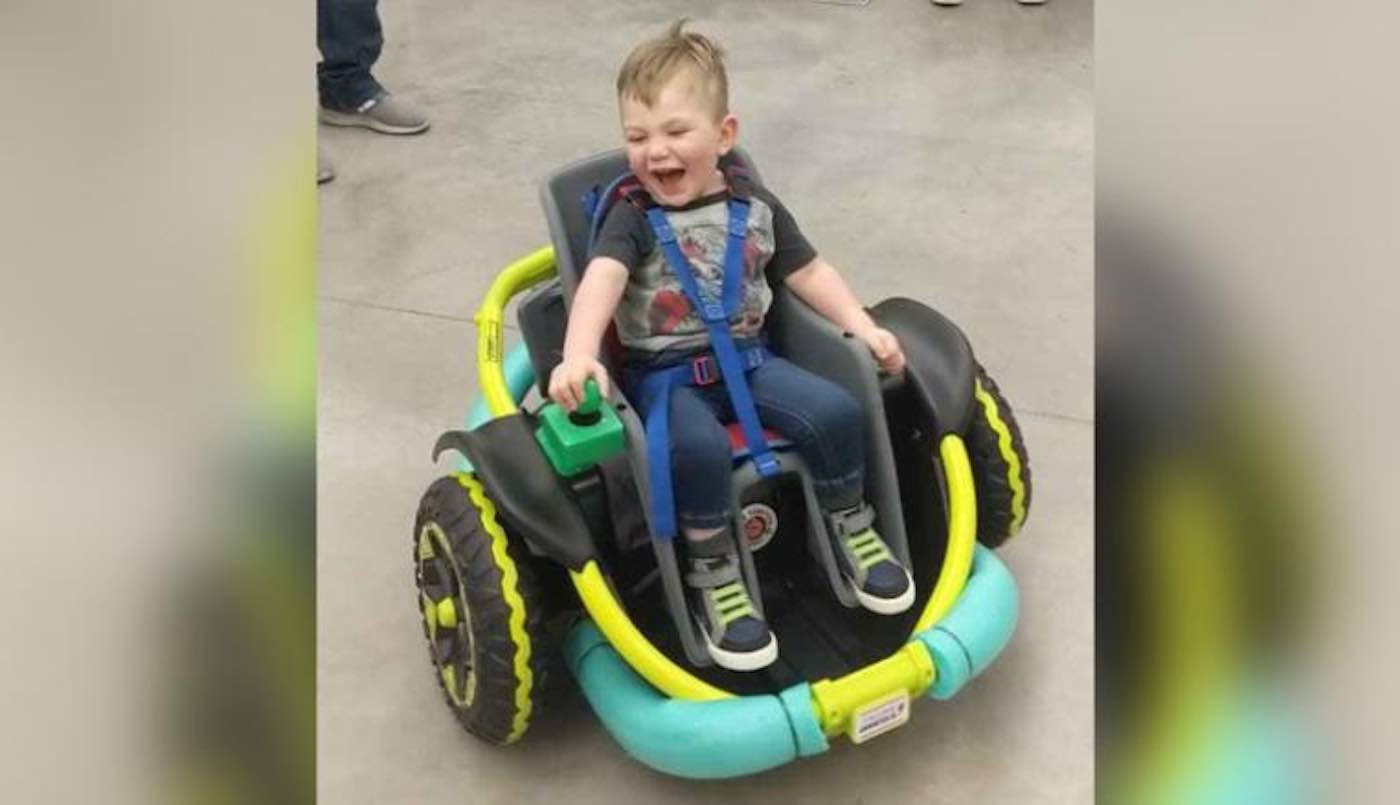 A 2-year-old boy with mobility issues has been given a new lease on life after a team of compassionate high school students gave him a new set of wheels.

Cillian Jackson was born with a genetic defect that has left him with impaired motor function. Prior to December, the youngster either had to be carried in a stroller or in his parents’ arms.

When Cillian’s parents started looking for ways to give their son more mobility, they found that motorized wheelchairs can cost thousands of dollars, and their insurance would not be able to cover the costs due to Cillian’s age.

Rather than shelling out money for a new wheelchair, however, Cillian’s father Tyler Jackson reached out to the robotics students at his old Minnesota high school.

The Rogue Robotics team at Farmington High School has won multiple awards for their ingenuity; so when they were faced with a project that could make a difference in the life of a 2-year-old boy, they did not hesitate to accept the challenge.

LOOK: High School Seniors Wake Up at 4am So They Can Shovel Neighbor’s Driveway Before Her Dialysis

The teenagers used a Power Wheels riding toy provided by Cillian’s parents as the base for the wheelchair. In addition to adding a more accessible customized joystick to control the chair, they replaced nearly all of the electronics and added a child-sized bicycle seat that they found on Amazon. They then used pool noodles as safety bumpers for the edges of the toy and added a 5-point harness to keep Cillian safe inside the chair.

None of these components were very expensive, but when the students finally got to see Cillian happily zipping around their workshop in his new car, they said the satisfaction of their success was priceless.

“I think we won here more than we do in our competitions,” one high school student told KARE11. Another team member said: “Instead of completing a task, we’re helping change someone’s life.”

(WATCH the KARE11 news coverage below) – Photo by Chrissy Jackson