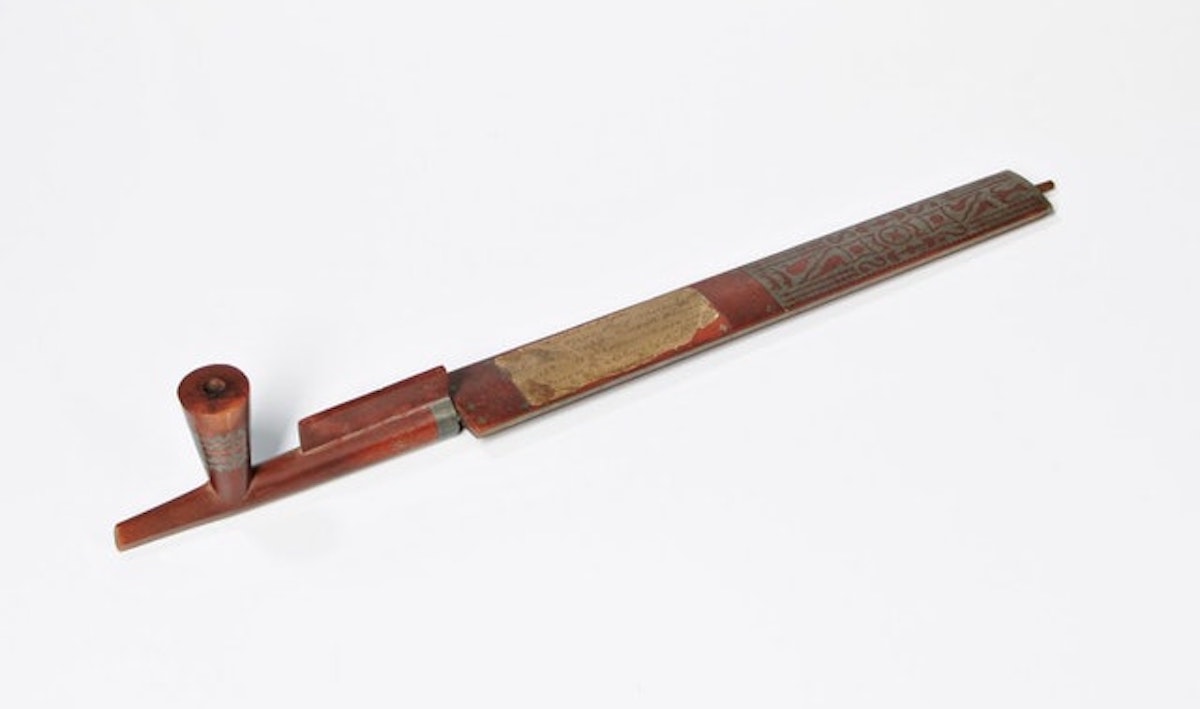 When a sacred peace pipe went up for auction last weekend, a Native American community objected to its sale and asked for it to be returned.

The artifact ended up on the buyer’s block anyway, but instead of being sold for profit, an anonymous buyer paid double the original asking price solely so they could return it to its rightful Native owners.

The catlinite pipe had been given to an American soldier as a peace offering from Dakota Chief White Dog during the U.S.-Dakota War of 1862. If you haven’t read the history books, then suffice it to say that the conflict ended in tragedy.

The pipe had been in possession of a Boston family until it was put up for sale by auction company Skinner, Inc. on Saturday. The artifact was expected to sell for about $20,000.

Upon hearing about the pipe’s auction, the Lower Sioux Indian Community near Redwood Falls, Minnesota voiced dissent and started working in opposition to the sale.

During the auction, however, the pipe was sold to an unidentified buyer who paid roughly $40,000 – which was double the estimated fetching price.

Prairie Island Tribal Council President Shelley Buck released a statement saying that the buyer had bought the pipe “for the sole purpose of returning it to the Dakota Oyate (people).” Not only that, but they wished to remain anonymous.

“We are humbled by and grateful for this honorable act,” says Buck. “Pidamayaye to the donor for your respect and generosity.”

According to Jill ­Doerfler, head of the American Indian Studies Department at the University of Minnesota-Duluth, Native communities have been asking museums and collectors to return sacred artifacts that were historically seized or stolen without permission – and while some institutions have complied, this was a very unusual gesture of cultural respect.

“In English, objects are generally inanimate,” she said. “But in a lot of native cultures, that pipe has its own being, its own entity, and it has to be cared for.”

“Museums have for the last several decades been returning items slowly,” she added. “This is a very interesting case where somebody obviously saw this coming up for auction. I can’t imagine this happens very often at all.”

Be Sure To Restore Someone’s Faith In Humanity By Sharing The Good News With Your Friends – Photo by Skinner, Inc.