Home All News World In Tears, Syrian Girl Thanks Her New Nation on Canada Day (WATCH) 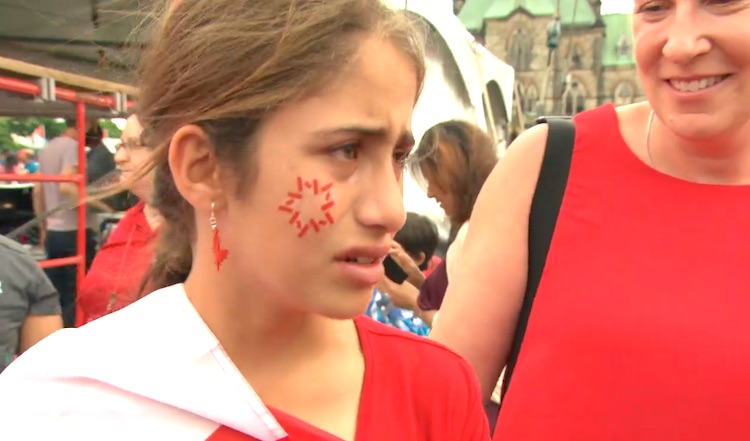 This young Syrian refugee broke down in tears, thanking Canadians on their national holiday for taking her in.

Friday was the first time 11-year-old Aziza Toubeh celebrated Canada Day — marking the day in 1867 when British colonies in North America were first united into the single Dominion of Canada.

Surrounded by her family members, draped in the Maple Leaf flag, the little girl used an interview with CBC Canadian Broadcasters to give an emotional thank you to the people of the country that had not only taken them in, but gone to great lengths to welcome refugees.

The Toubehs were celebrating the national holiday on Parliament Hill, and when word of the emotional video tribute reached Prime Minister Justin Trudeau, he and First Lady Sophie Trudeau, made their way through the crowd to meet the refugee family personally.

(WATCH the video above from CBC News) — Photo: CBC
Something To Be Thankful For? Share This…