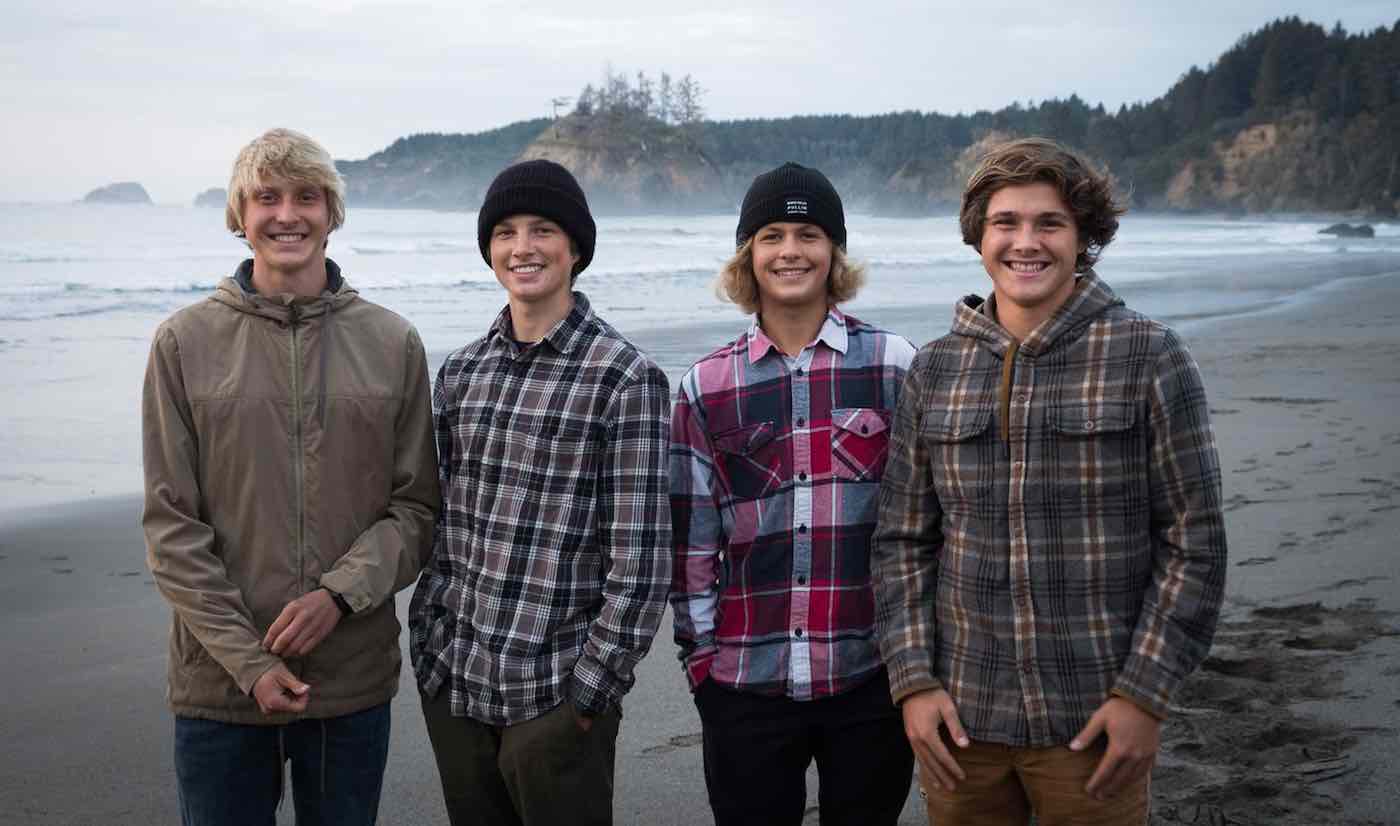 These teen surfers have been hailed as heroes after they came to the rescue of two drowning swimmers last month.

Narayan Weibel, Spenser Stratton, Adrian York, and Taj Ortiz-Beck had already been catching some waves at Trinidad State Beach in California for several hours when they decided to take a break and sit on their surfboards for a breather. As they were resting in the chilly waters, however, they began hearing cries for help.

Since it had been a particularly foggy evening, the 15- and 16-year-old boys had to peer through the mist in order to locate the source of the yelling. They then spotted two swimmers who were splashing about in the ocean with their heads barely held above water 100 feet away.

The surfers—two of whom had been through junior lifeguard training—knew that the distressed swimmers did not have long before they fell victim to hypothermia, so they immediately jumped into action. While York quickly headed back to shore to call 911, Weibel, Stratton and Ortiz-Beck paddled over to the swimmers and helped them onto their boards.

The high schoolers say that the swimmers were two brothers aged 15 and 20 who had not been wearing the appropriate swimwear for such chilly waters. They had been playing in the surf when they were suddenly carried away by a strong current—and since the beach had been so foggy, the brothers’ family had not been able to spot them in the mist.

Though it had been difficult to sufficiently calm the panicked brothers and get them onto the surfboards—particularly because one of the brothers reportedly weighed an estimated 250 pounds—the group was eventually able to get everyone safely to shore.

“We told them, ‘Calm down, we got you!’ ” Weibel told The Washington Post. “Being out in that cold water without a wet suit is like taking an ice bath. They were having a hard time keeping their heads above water and thought they were going to die.”

RELATED: Cheerleader Jumps Off Parade Float So She Can Save Choking Toddler in the Crowd

After all of the boys had been checked over by paramedics, the four rescuers were sent home by their proud—and relieved— families.

“I can’t say enough about what these boys did,” one of the responding paramedics told The Post. “They were willing and prepared to risk their lives.

“There’s no doubt in my mind those guys would have drowned without their quick intervention,” he added. “To find out [the teenage rescuers had] been through our lifeguard program—we’re all really proud of them.”