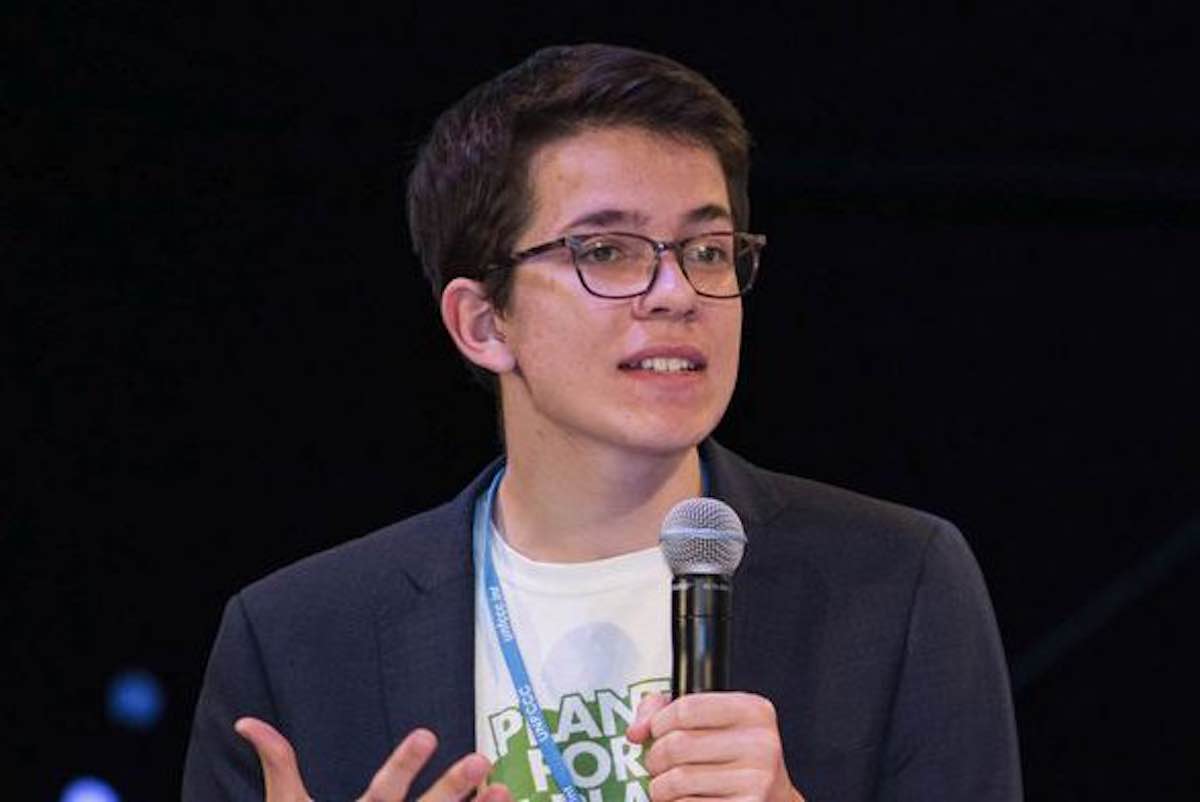 The world is a lot greener thanks to this 20-year-old and his army of “climate ambassadors” who have pledged to plant trees and use youth power to avert climate change.

Ever since he was 9 years old, Felix Finkbeiner has been an international figurehead for saving the planet. In 2007, the German youngster founded a global youth movement called “Plant for the Planet” – an initiative that trains and recruits kids from around the world to plant trees as a means of combatting climate change.

Since its creation, the movement has already made significant progress with the help of over 100,000 enthusiastic youth between the ages of 9 and 12—and he planted his one-millionth tree in Germany when he was just twelve. Alongside the Paris Agreement, Finkbeiner’s campaign is a formidable defense of the planet.

His speeches as a pre-teen to the European Parliament and the United Nations General Assembly inspired kids from over 90 countries to join his coalition, saying “Forests are not only the livelihood of billions, but for us children forests are our future.”

The UN then handed over to Felix the leadership of its Billion Tree Program, which was inspired by the Kenyan Nobel Peace Prize-winning activist Wangari Maathai, whose Green Belt Movement planted 30 million trees in Africa. He is enlarging the program, transforming it into a Trillion Tree Campaign: an audacious international grassroots effort to do exactly that – plant one trillion trees in the next 30 years.

LOOK: Remember the Young Man With a Plan to Rid Oceans of Plastic? His Massive Project to Launch This Summer

Just for some perspective, there are currently about 3 trillion trees alive in the world today – so planting a trillion more would be an incredible increase. That’s roughly 150 trees for every person on Earth, according to National Geographic.

“Children could plant 1 million trees in every country on earth and offset CO2 emissions all on their own, while adults are still talking about doing it,” said Finkbeiner. His motto, “Stop talking, start planting,” suggests the same sentiment.

The campaign is working in collaboration with organizations such as the World Wildlife Fund and the Wildlife Conservation Society to meet the ambitious goal. The Campeche province of Mexico is already a staging ground for Finkbeiner’s no-nonsense motto. Plant for the Planet recently bought 33,300 acres (13,500 hectares) in the area and they plan to plant 10 million trees by 2020.

RELATED: Why We Should Practice Forest Bathing and How to Get the Benefits of ‘Forest Medicine’

Other countries’ have their own plans for reforestation too. One province in Pakistan has planted 1 billion trees; China is creating forests as big as Ireland; a group of African countries (Ethiopia, Niger, Mali, etc.) are reforesting degraded land; India recently smashed the world record for planting the most amount of trees in a day; and Latin American nations are signing on to reforestation efforts in the Amazon, as well.

All of these combined initiatives offer great hope for the planet, but organizations aside, Finkbeiner is a textbook example of what we can all do on an individual level to save the planet if we just stop talking and start planting.