Home All News Inspiring When Mom Wanted to Build Walker for Her Son, Home Depot Workers... 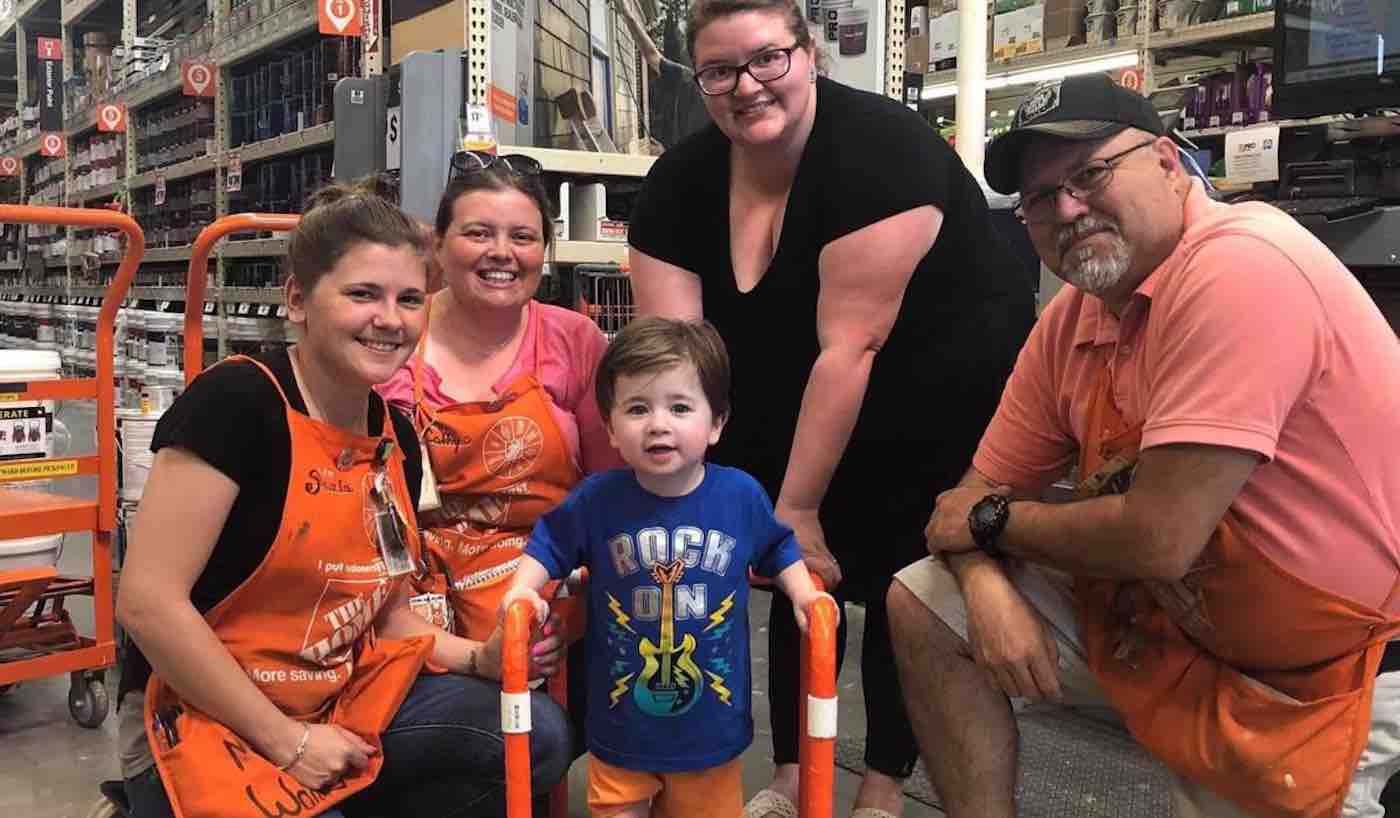 These Home Depot employees are being praised for going above and beyond the call of duty when one of their customers had a very specific request.

Christian and Justin Moore walked into the Home Depot in Cedartown, Georgia earlier this week with the intention of building a walker for their 2-year-old son Logan.

Logan was born with hypotonia, a condition that makes it difficult to build strong muscle mass. Since the condition makes it harder for Logan to walk and stand, his physical therapist suggested that he get a gait trainer.

Logan’s parents were worried that their insurance would not cover a walker – and if it did, then it would take too long to get one.

RELATED: Though Her Alzheimer’s Worsened, Supermarket Still Found Creative Ways to Keep Her on the Team

The parents then turned to YouTube and found instructional videos on how to build a walker out of PVC pipe. Christian and Justin went to the home goods store with a supply list of tools and materials they would need. Upon showing the list to one of the employees, the couple was joined by the store manager – and they were stunned by what the workers had to say.

“They started getting the parts together and told us they would put it together and would not charge us for it,” Christian told CNN. “They told us to go get ice cream and come back in an hour.”

By the time they returned, the Home Depot employees had assembled a brand new walker for Logan – and it even featured his name across the front.

“I couldn’t believe they were willing to do that. It took everything I had not to cry because it hasn’t been an easy road for my son. He has had a hard time doing things that would be easy for most children his age,” she added.

One of the employees, Jeffrey Anderson, later posted photos of the heartwarming exchange to Facebook, saying: “Everyone was crying to see Logan walk around with the biggest smile on his face and when the family tried to pay us, we said no way this one is on us. Thanks to all that help and for being a blessing to this family and to this little guy.”