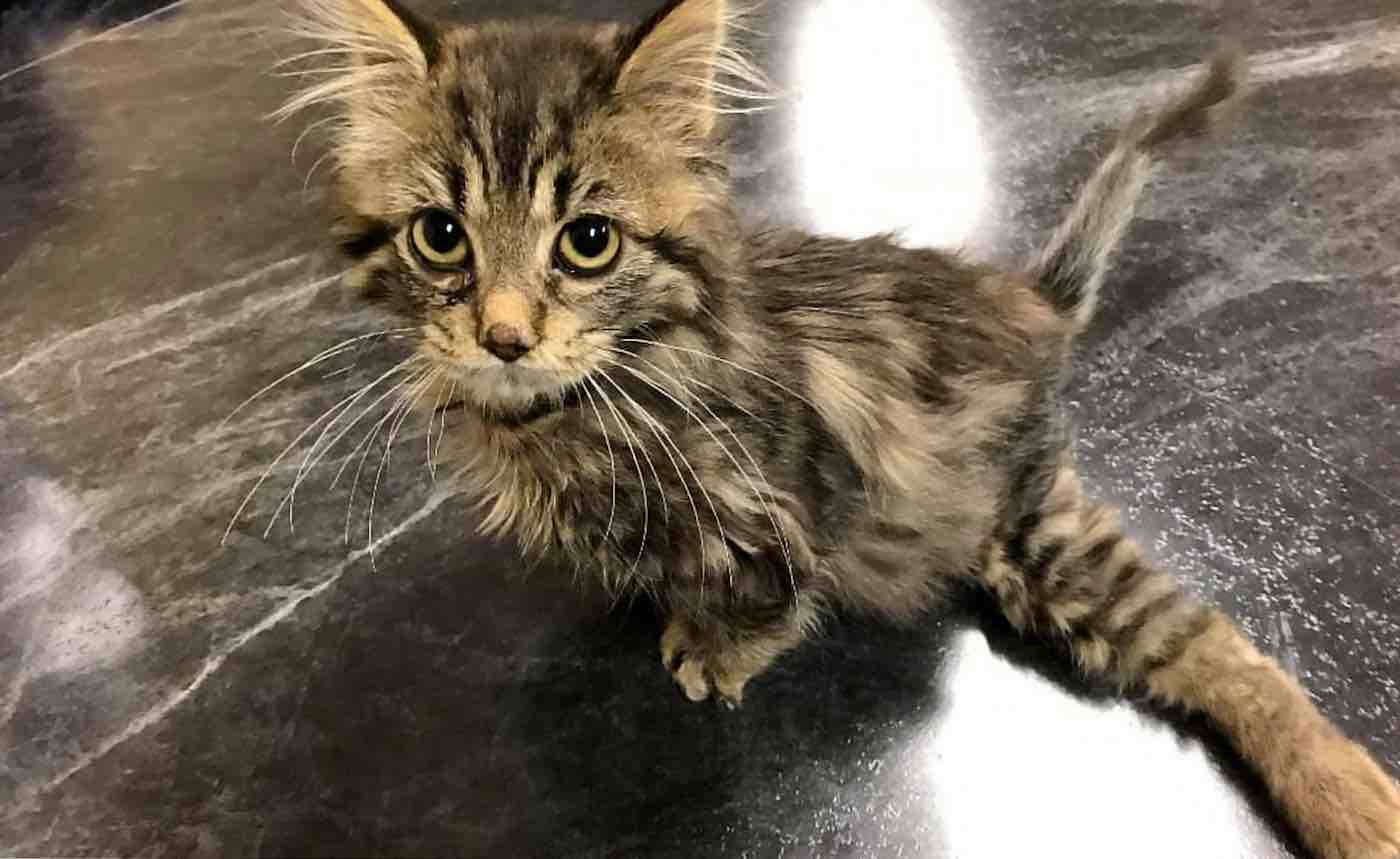 A wobbly kitten can now walk straight thanks to 3D-printing technology.

Carly the cat has a rare condition called swimmer’s syndrome, which makes her extremely unstable on her paws.

The 6-month-old kitty was surrendered to the All Paws Rescue group in Brampton, Ontario, but her disability made it tough for her to find a forever home.

Then in December 2018, Carly was fostered by Karen Boerner, a professional pet groomer who lives in Guelph.

WATCH: Man Who Loves Cats Transforms Home into Feline Playland – And You Can Too (For Charity)

Boerner desperately wanted to help the lively kitten find a home – so she created a social media post about Carly’s condition with the hopes of finding someone who could help.

Luckily, it caught the eye of a Canadian company that makes gaming equipment for people with disabilities.

25-year-old Andrew Cameron and his 22-year-old brother Joshua are the co-founders of Andosh Accessible Gaming. The siblings felt an affinity for Carly because they were were both born with a rare condition called Ehlers-Danlos syndrome, a condition that causes their bodies to dislocate easily due to a lack of connective tissue.

“Andrew has had numerous dislocations in his life and has has worn a number of braces. He felt empathy for Carly … they both know what it’s like when your joints just won’t support you,” said Jennifer Cameron, the 52-year-old administrator for Andosh Accessible Gaming who initially spotted Boerner’s social media post.

So as a means of helping their furry counterpart, the brothers then collaborated with a certified orthotist to create two 3D-printed braces that would help Carly to move.

Earlier this week, Carly was fitted with the devices for the first time, and she took off like the wind.

“It was amazing to see how quickly she was getting around,” said Cameron. “It was so cute, she stood there upright for the first time, like ‘I’m a big kitten now’, she was so proud of herself.”

Carly is now back at home with her foster mother, and if all goes well with her new braces she’ll be put up for adoption in the next couple of weeks.

RELATED: One Cat’s Obsession With Hunting Birds Leads to Invention That Has Saved Hundreds of Thousands

“She could kind of walk before, but her hind legs dragged behind her, or her bum would drag along the ground,” said Boerner. “She is much more active now. She loves playing with the other cats in the house, now she can keep up with them, before she used to get left behind. With the braces she can now climb in and out of a regular litter box, just like a big girl.

“She seems even happier than before. Nothing gets her down.”