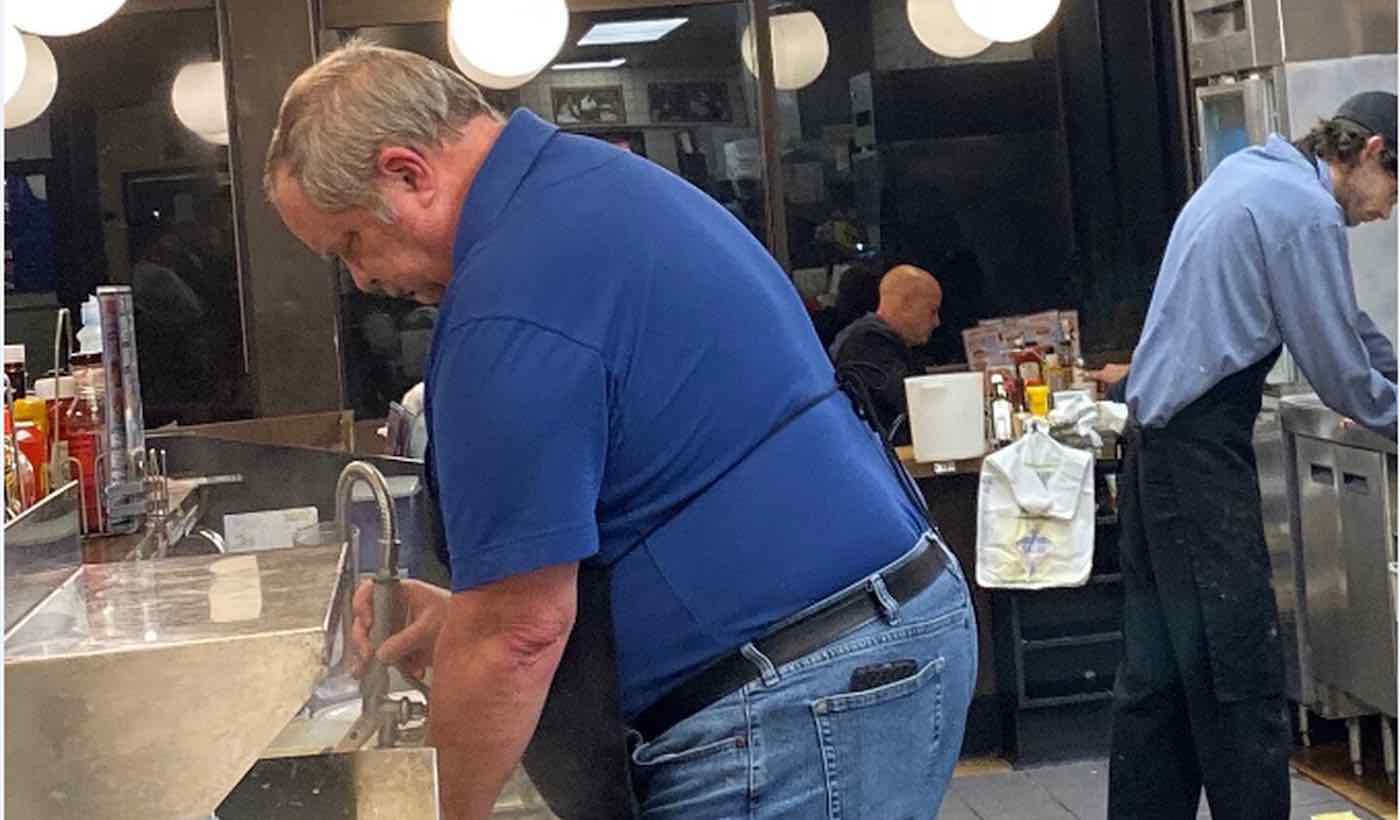 Due to a scheduling mishap, one frantic Waffle House worker was left alone to run the entire restaurant on a Sunday night.

Ethan Crispo was just one of about 30 hungry customers who wanted food at midnight. After sitting at his table for a while, he noticed there was just one distressed employee available at the Birmingham, Alabama establishment to take orders, cook food, bus tables, and manage the cash register.

LOOK: When Man Gets Ominous Email From His Boss, He Hires Clown to be His Invited ‘Support Person’ at the Meeting

The 24-year-old patron was losing hope of ever getting a meal.

The employee—who was identified only by his nametag reading “Ben”—seemed to be on the brink of panic until Crispo saw him speaking to a male customer in a blue shirt sitting at the counter. After a brief conversation, Ben handed him an apron and the man got to work washing dishes.

“It was a transition so smooth, I initially assumed it was a staff member returning to their shift,” Crispo told AL.com. “It wasn’t. It was a kind stranger.”

A couple minutes later, a woman in high heels, and a sequined dress briskly strode behind the counter to brew more coffee. She then took a few orders before resigning herself to bussing tables.

Suddenly, a third customer in a red shirt marched over to help, as well, though Crispo failed to catch his name or snap a photo of the man at work.

The term ‘customer service’ took on a whole new meaning that night. Crispo fondly remembers is as a surreal as an example of humanity at its finest.

“It was the most fascinating thing,” Crispo told AL.com by phone. “It was just one of the most wild instances of really, really cool people just coming together.”

“It made a difference to many people that night. Certainly [their actions] made an impact on me,” he added. “Humanity isn’t just good, it’s great.”