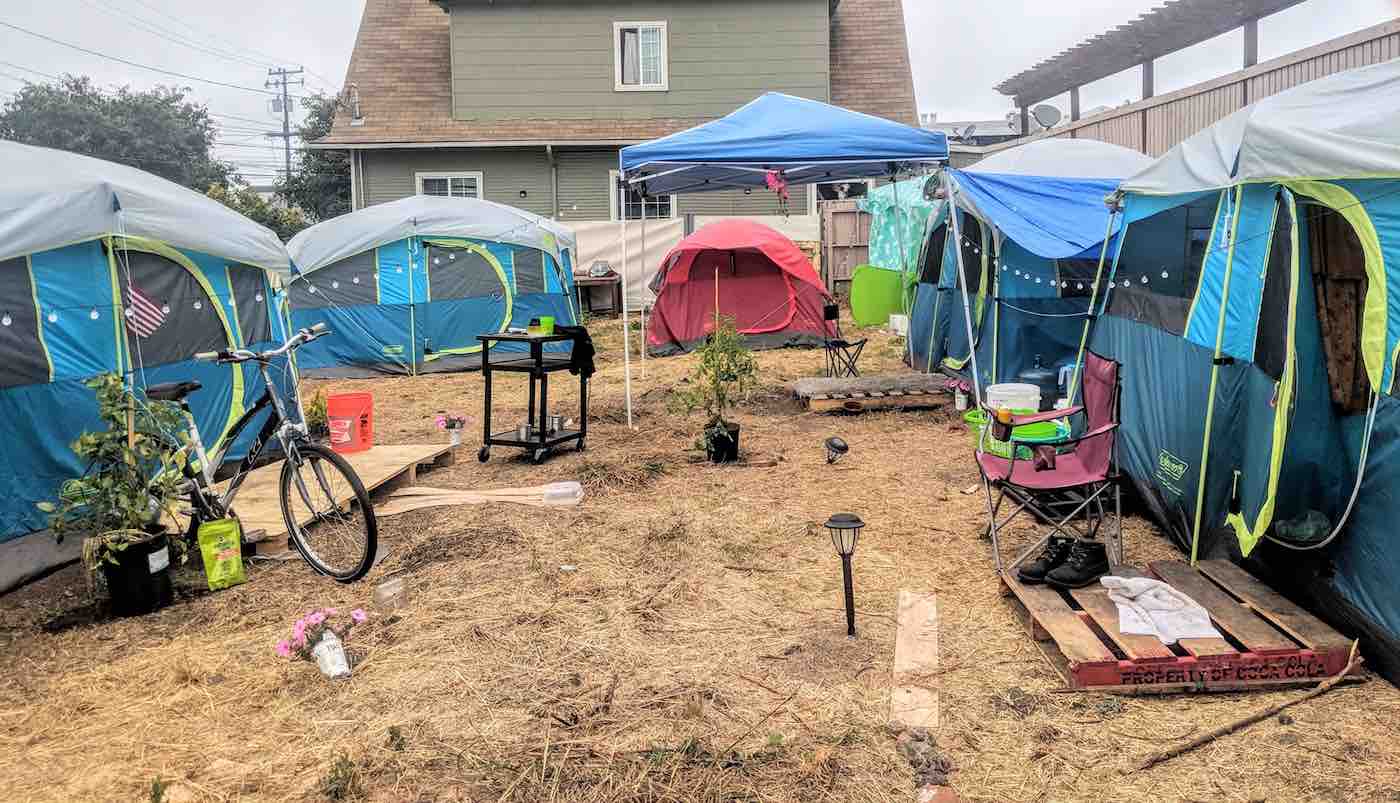 California’s housing crisis is hitting especially lower-income communities harder than ever, as rent prices continue to rise stemming from the endless injections of big-tech money into areas like San Francisco and Oakland.

According to The Guardian, the number of homeless encampments within the city of Oakland outnumbers the square kilometers that make up that city—but at the corner of 37th Street and Martin Luther King Jr. Way, this community of housed and unhoused citizens are creating reasons for people to change their attitudes toward the often embattled encampments.

“37MLK” was just a vacant Oakland lot of overgrown weeds squared away by tattered chain link fencing in the northwest part of town where Stefani Echeverría-Fenn, a local resident, walked on her way to work.

“Every single day for the past decade I lived here, I walked on my way to work past this vacant lot, this eyesore, this blight that was never put to good use to the community,” the 32-year-old told The Guardian. “Meanwhile, you would see the tents grow just a half a block down there. You see people literally sleeping on the side of the street, on the side of freeways.”

Today, 37MLK has become far more than a homeless encampment; it is a homeless sanctuary.

There’s a solar shower, a garden that grows food and flowers, a communal kitchen and dining table, camping toilets and a pump-operated sink, all of which are maintained and kept clean by the campers in the community—mostly homeless black women.

The little community feels protected inside the fencing—and the walkways between tents are lined with solar-powered lights and mini white picket fences. The women also keep chickens, which provide eggs and help keep insect and rodent populations under control.

Echeverría-Fenn and other housed neighbors do their part to take care of the community by providing the services which 37MLK cannot provide for themselves, such as trash and waste disposal.

MORE: Canada Now Has Its First Ever Tiny House Village for Homeless Veterans

While the police have been called twice in the community’s history, among the residents there’s a sense of collective responsibility, with regular meetings held to discuss cleanliness and to remind everyone that noise or blight complaints could lead to the dismantling of their quiet and peaceful way of life.

Oakland city council members recognize the role that camps like 37MLK may play in the  tackling the homelessness epidemic now, while the much-needed affordable housing is erected.

Recently $600,000 was allocated to a pilot project based on the 37MLK model in an Oakland district.

“These are spaces that people may need to stay in for two to five years, not a matter of months,” Nikki Fortunato Bas, the local lawmaker heading up the project told The Guardian. “And we need to be able to house them in a way that’s healthy and safe and dignified.”

CHECK OUT: Despite Being Homeless and Illiterate as a Teen, Man Now Makes Thousands Creating ‘Backyard Beaches’

“The homelessness and housing affordability crisis has grown to an extent that we can no longer ignore it,” Bas said. “You juxtapose that…with stories like 37MLK being an incredibly creative and inspiring and successful story of unsheltered older black women. I think we have to draw from the human resilience and creativity we’re seeing from people who are in deep crisis and respond with that same level from government, respond with that same level of creativity and urgency.”

Readers who live in the city of Oakland can follow 37MLK on Facebook, where posts report semi-frequently about goings-on in the community and how local housed residents can help if they feel inspired to. Often this involves visiting and just saying hello, while perhaps taking a bag of garbage with you when you leave.