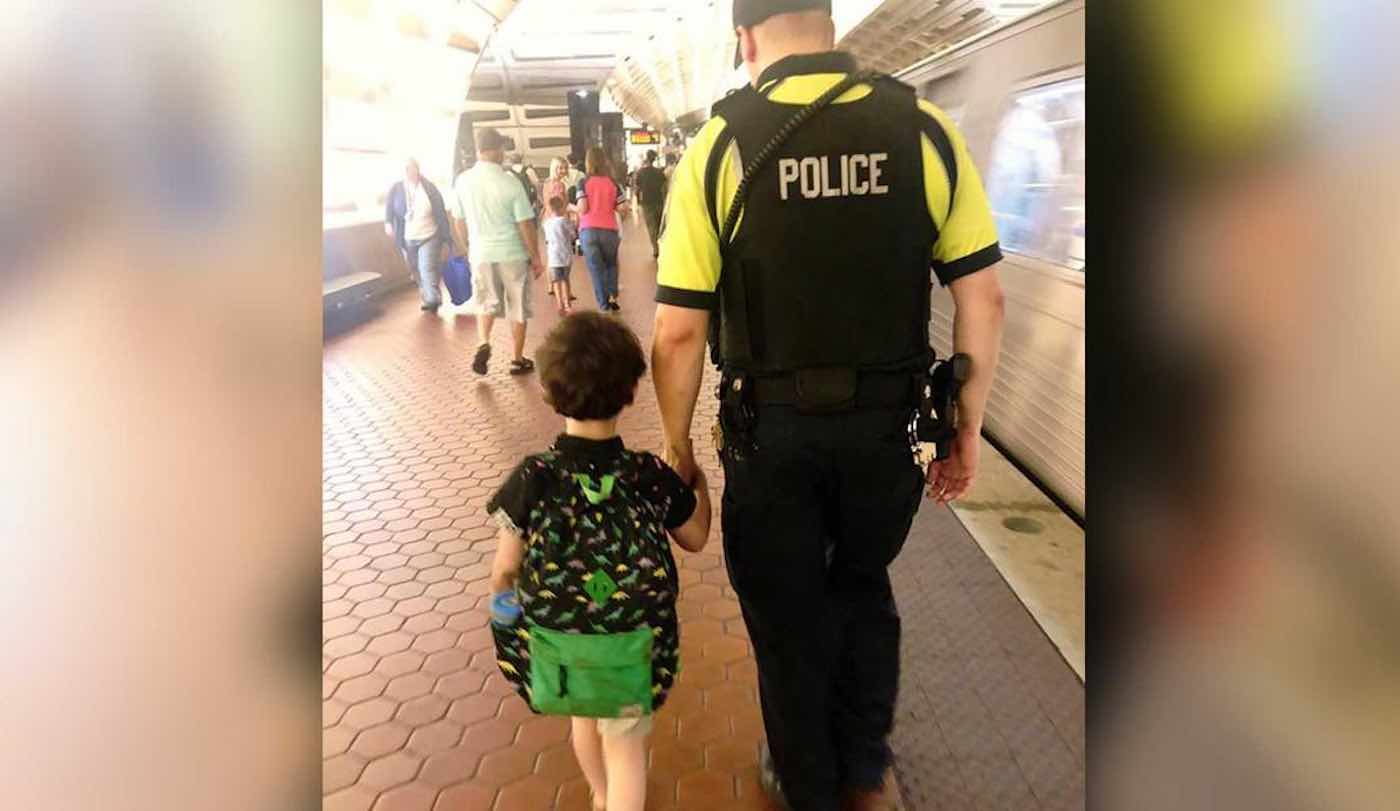 A Washington DC police officer is being praised for going above and beyond the call of duty in order to soothe a boy with autism who was in the middle of a meltdown.

The incident took place back in July when Taylor Pomilla and her 4-year-old son Andrew boarded the Metro and prepared to head home. She had just picked him up from school, and she had been anticipating a quiet 45-minute ride home—but for one reason or another, that was not to be the case.

“For those of you that don’t know, when you have a child with autism, your child will have some good days and then they will have some bad ones. Today was one of those bad days,” Pomilla wrote on Facebook. “Andrew’s biggest behavior problem (that he has been working on by learning calming strategies) is that sometimes when he gets upset, it will go two steps too far, and escalate into a full on meltdown/breakdown.”

During this particular journey, Andrew refused to sit in his seat. When his mother tried to calm him down, however, he began throwing a tantrum.

“He started rolling on the floor, screaming, his shoe fell off and he flung it across the train, all while I’m on the floor trying to calm him down (in a dress) with all the candy I had,” wrote Pomilla. “Then he starts the kicking, hitting, pulling my hair while everyone in rush hour stares on the train, most thinking I was a bad parent who had an out of control child, even though really he can’t help it.”

After 20 minutes of unsuccessfully trying to calm her son, the overwhelmed mom exited the subway before their stop and tried to calm Andrew from a different station. Unfortunately, he continued to roll on the floor in meltdown-mode for 15 more minutes.

That is when DC Metro Officer Dominic Case appeared on the scene to offer a helping hand.

Upon asking where Pomilla was headed, Case volunteered to ride with her and her son to help keep him calm. He then soothed the youngster by showing off his police gadgets and holding his hand as they moved about the subway system.

After they boarded the train, he sat with the little family for the remainder of their 30-minute journey. He watched videos with Andrew, took pictures with him, and even gave the youngster his badge at the end of the trip.

“He honestly restored my faith that there are good people still left in the world,” Pomilla later wrote on Facebook.

After Pomilla’s Facebook post went viral, she was able to reunite Officer Case with her son—and the two have since become best friends.