Home All News USA Today’s Teens Might Be Better Law-Abiding Citizens Than Any Generation in 60... 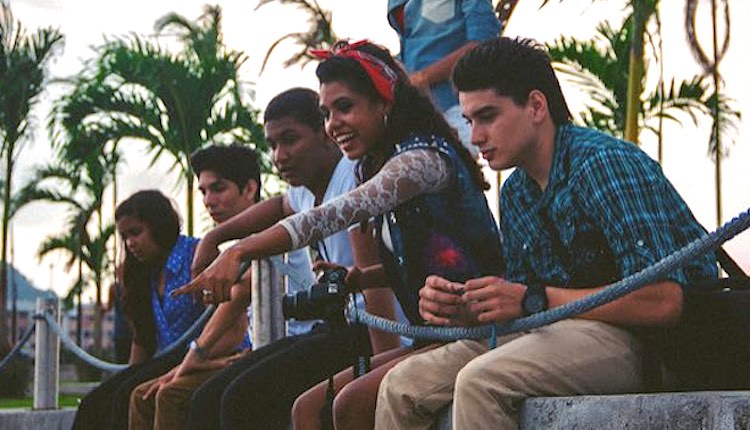 More than a decade of data reveals that American teens have become far less likely to abuse alcohol, nicotine, and illicit drugs, and less likely to engage in delinquent behaviors, such as fighting and stealing.

Researchers found that the number of substance-use disorders among 12- to 17-year olds had declined by 49% over a 12-year span, along with a simultaneous 34% decline in delinquent behaviors, such as fighting, assault, stealing, selling drugs or carrying a handgun.

The decline in substance abuse among teens in the years before 2015 parallels findings in other recent surveys, but, until now, no one has looked at how the drop-off may be linked to other behavioral issues.

WATCH: Teen Boys Filmed Giving Duvet to Homeless Man, and Tucking Him In

“We’ve known that teens overall are becoming less likely to engage in risky behaviors, and that’s good news,” said first author Richard A. Grucza, a professor of psychiatry. “But what we learned in this study is that the declines in substance abuse are connected to declines in delinquency. This suggests the changes have been driven more by changes in adolescents themselves more than by policies to reduce substance abuse or delinquent behavior.”

Other researchers have found that teens are delaying sex and using seat belts more often than their parents and grandparents. Grucza’s team focused on substance-use disorders – involving alcohol, nicotine, marijuana, opioids and the abuse of other prescription drugs or nonprescription drugs – and delinquent behaviors.

“It’s not clear what is driving the parallel declines,” Grucza said. “New policies – including things like higher cigarette taxes and stricter anti-bullying policies – certainly have a positive effect. But seeing these trends across multiple behaviors suggests that larger environmental factors are at work. These might include reductions in childhood lead exposure, lower rates of child abuse and neglect, and better mental health care for children.”

Although heroin and opioid abuse have become an epidemic in many areas of the United States, the use among teens has fallen, according to the survey data.

“Opioid problems continue to increase among adults, but among 12- to 17-year-olds, we saw a drop of nearly 50%.”

Based on the survey data, Grucza and his team estimated that in 2014, there were nearly 700,000 fewer adolescents with substance-use disorders than in 2003. And because it’s possible for a person to be addicted to nicotine while abusing alcohol or marijuana, the researchers estimate the total number of substance-use disorders among adolescents declined by about 2 million.

The data come from the National Survey on Drug Use and Health, an annual survey of 12- to 17-year-olds from all 50 states that is sponsored by the Substance Abuse and Mental Health Administration. The data includes information from 2003 through 2014, the last year for which survey numbers are available. A total of 210,599 teens – 13,000 to 18,500 each year – were part of the study.